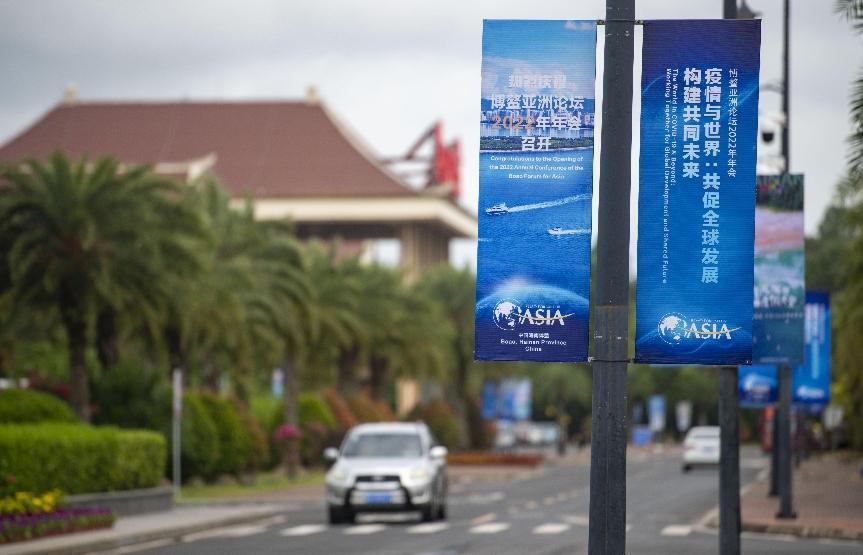 As the world undergoes profound changes and a pandemic not seen in a century, new traditional security risks and governance challenges are emerging, further fueling tensions in the international situation and increasing the difficulty of maintaining international order.

In this context, Chinese President Xi Jinping, aiming to safeguard the world’s common interests and create a future shared by mankind, encouraged the world to work together to meet the challenges of global governance and adopt a philosophy of global governance that emphasizes in-depth consultation, joint contribution and shared benefits, during the opening ceremony of the 2022 annual conference of the Boao Forum for Asia (BFA) on April 21.

He also stressed promoting the common values ​​of humanity and upholding genuine multilateralism, saying it is especially important for major countries to lead by example.

His proposals have fully demonstrated China’s sense of responsibility to lead the reform of the global governance system and promote historic progress in the pursuit of peace and justice.

The world must show solidarity in the face of the challenges of global governance.

“Today, the international community has evolved so much that it has become a sophisticated and integrated apparatus. Acts aimed at suppressing a single party will cause serious problems to its functioning. When this happens, the victims and the initiators of such deeds will have to lose.”

President Xi’s comparison made it clear that countries around the world share a common future. In the face of exceptional global challenges, the right choice remains to strengthen international cooperation and give full play to the system of global governance, rather than doing the opposite and arbitrarily hindering international cooperation under all kinds of excuses.

Since the outbreak of the Ukrainian crisis, some countries have tried to link the whole world to it, making the global economy a political issue, a tool and even a weapon, without worrying about whether this would have an impact on the lives of people around the world.

Such a practice will do nothing to resolve the crisis and could destroy the results of international economic cooperation achieved over the past decades.

Faced with the challenges of global governance, the world must defend true multilateralism.

As the world remains in the grip of the pandemic, it faces new traditional security risks. Meanwhile, the widening development gap is further disrupting the slow global recovery, and new issues such as digital governance are emerging while climate change and other governance issues have yet to be addressed.

It’s never a good idea to go it alone to solve these problems. Global action, response and cooperation are needed to overcome these concerns. Only by practicing a philosophy of global governance that emphasizes thorough consultation, joint contribution and shared benefits can countries expand their common ground and build the most powerful force.

Major countries must assume their responsibilities as the world faces the challenges of global governance.

A country’s international status is measured by its openness, breadth of vision and sense of responsibility rather than its size, strength or power. “It is particularly important for major countries to set an example in upholding equality, cooperation, good faith and the rule of law, and act in a manner befitting their status,” President Xi said. .

To maintain their hegemonic status, a few major countries stuck to the Cold War mentality and provoked clashes, which further heightened tensions and separation, creating more problems for the troubled world.

In today’s world, unilateralism and excessive pursuit of self-interest are doomed to failure; the same goes for the practices of decoupling, disruption of supply and maximum pressure; the same applies to attempts to forge “small circles” or to stir up conflict and confrontation along ideological lines. Major countries should follow the trend of the times and play a constructive role in global governance.

China is strengthening and improving global governance with concrete actions. In the face of the devastating COVID-19 pandemic, he actively encourages all parties concerned to improve global public health governance, in order to build concerted force against the virus. In the face of outstanding security risks, he proposed a global security initiative to help reform the global security governance system. To revive the sluggish global economy, the country has also pledged to improve global economic governance and build an open global economy. He launched and implements the Global Development Initiative to help countries overcome difficulties.

Countries around the world are like passengers on the same ship who share the same destiny. For the ship to sail through the storm and sail into a bright future, all passengers must stick together. The idea of ​​throwing someone overboard is simply not acceptable.

Difficulties and challenges should not be afraid. The important thing is to be united and to be courageous. China will work with the international community to follow the current trend of peace, development and win-win cooperation, address global challenges through cooperation, and strengthen global governance through concrete actions, so as to move in the right direction. of building a community with a shared future for humanity.