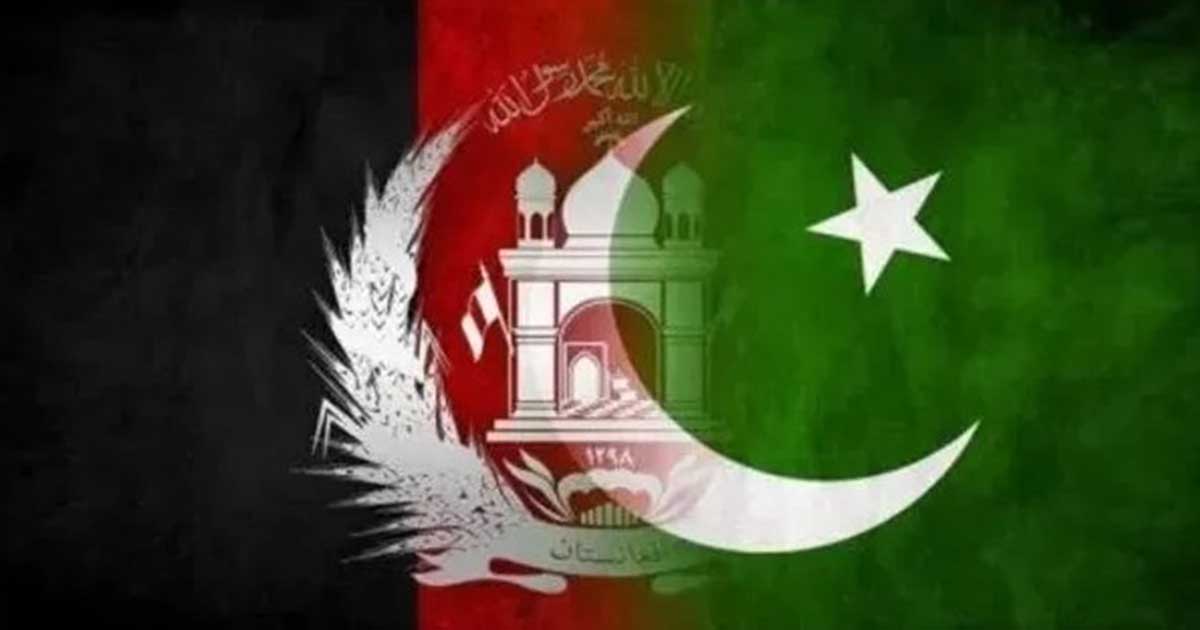 Analysis of instability stimulated in the Pak-Afghan region (Part 3)

The meteoric victory of the Taliban brought down the United States, Europe, India, Israel, Iran, liberals and secularists around the world, but appealed to the Islamists. Countries ruled by parliamentary democracy and dictatorship are also in turmoil. The arrival of the Taliban has been a cause for concern for the instability in the Pak-Afghan region.

The victorious Taliban after having granted the general amnesty to the collaborators, neither carried out reprisals nor demanded a trial of those who had engaged in massive war crimes as was the case with the victors of the 2sd world war by leading the Nuremberg trials against the Germans, or demanded war compensation.

Read more: US war in Afghanistan was a strategic failure: senior US general

The ruthless attitude of losers

The losers of the United States and NATO, however, are in a dark mood and seem ready to avenge their defeat by means other than military to teach a lesson to the Taliban as well as to the convenient scapegoat Pakistan, who first been held responsible for the instability in Afghanistan and now for the victory of the Taliban, and for supporting the new regime.

Ironically, the losers try to dictate their terms to the winners and no one asks them who gave them that right.

They want them to keep their promises immediately. It’s like asking a one month old baby to run.

The US-controlled UN failed to fulfill its commitments to the Palestinians and Kashmiris 74 years ago. Did the Kabul regime, the Afghan army and India live up to the expectations of the United States, or did the United States keep its promises made to the Afghans during their 20-year rule?

The United States, after occupying Afghanistan by force, chose to keep the vast majority of Afghan Pashtuns out of power and handed over the reins of power to minority ethnic communities. The idea of â€‹â€‹an inclusive regime never occurred to the occupiers. The two puppet regimes were responsible for fomenting subversion in the region, deepening rifts within Afghan society and creating great disorder. And yet the United States tolerated the puppets and richly rewarded them simply because they ruled the country as a so-called Islamic Republic under the bespoke American constitution.

Read more: Senior US generals accuse Biden of lying about withdrawal from Afghanistan

The provisional setup in Kabul did not please the United States, its strategic allies and Afghanistan’s neighbors. All insist on an inclusive regime without realizing how the revolutionary Taliban can welcome collaborators who have aided and abetted the foreign occupation, committed massacres and inflicted cruelties on them. Traditionally, revolutionaries have undertaken mass killings of their opponents.

The elements of the Northern Alliance are although Muslims, but have a secular bent and are predisposed to Western civilization and not to the Pashtunwali code. They had extended their loyalty to the invading Soviet forces as well as to the Western forces and had served them loyally. They showed no mercy towards the oppressed Afghan Taliban.

Interestingly, none emphasized the merit of selecting honest, upright and capable people from diverse ethnic communities.

There is no place for the liberal political philosophy in Islam that gave birth to a deceptive modern pro-rich and anti-poor democracy.

The United States is angry with Pakistan for refusing to provide a military base for counterterrorism purposes, its new policy of defiance, and Imran Khan’s impetuosity to show the West the mirror. The United States has become addicted to flexible rulers and cannot tolerate rebel rulers.

While Daesh-K has been activated to carry out acts of terror in Afghanistan and Pakistan, other hostile measures taken so far are the freezing of Afghanistan’s $ 9.5 billion in US banks, the suspension of financial aid from the World Bank and the IMF, and the Taliban regime to grant more freedom to women and to induct more women into parliament.

The Hybrid War escalated to vilify Pakistan and confuse the new regime in Kabul.

The United States knows that since the Taliban cannot be intimidated, bought off, cheated or humiliated, the only way to have a foot in afghanistan is to include the Northern Alliance lackeys in the interim as well as in the permanent setup who can be easily manipulated to act as fifth columnists and to help sabotage peace and stability.

To punish Pakistan, the TTP, BLA and Daesh-K have been brought together under one roof to accelerate terrorism in the former FATA and Balochistan, the FATF sword has not been withdrawn and New cricket teams -Zeeland and UK have canceled their tours. because of invented insecurity. Australian and Caribbean teams are expected to follow suit. The Indian hand in the cricket racket has been traced and the evidence sent to the ICC.

Political polarization and terrorism have been further intensified by critics to project Pakistan as a politically unstable and insecure country in order to block foreign investment.

The instability in Afghanistan as well as in Pakistan is suitable for spoilers since it will hamper the progress of the CPEC and also prevent Afghanistan from connecting there for which the Taliban have expressed their will.

Much to the chagrin of spoilers, the Taliban is giving the right signals to gain support from the international community. They want to expand their trade relations with other countries and have expressed their willingness to induct more Tajiks, Uzbeks, Hazaras and also women in the cabinet. After making the badly damaged Kabul airport operational, they seek to restore international flights. Their friendliness will not, however, be at the cost of making compromise on sharia laws.

The Taliban forgave their internal and external enemies, but did not forget their betrayal. They agreed to cooperate, but not at the cost of losing Islamic identity, Islamic culture and values. They have no intention of falling into their honeycomb trap by promising the moon and are taking wisely measured steps.

The problems of Afghanistan and Pakistan being linked, the latter wishes to restore stability in Afghanistan as soon as possible. It is fair to say that Afghans who have lived through four decades of turmoil need healing. Besides sending humanitarian aid, trading in local currency and lowering tariffs on the import of fruits and vegetables, Pakistan is pushing to convince the international community to send all possible aid to stabilize the new regime. .

In his view, neglecting the Taliban would be disastrous for the region in particular and the world in general because of the financial, food and health crises and growing poverty in Afghanistan.

Pakistan is making strenuous efforts to bring Afghanistan’s six neighbors together in a single loop to tackle Afghanistan’s socio-economic issues at the regional level and has made good progress.

Read more: Erdogan says Afghanistan was dangerous with US presence

Terrorism: a major concern for Pakistan

Apart from the economic problems, Pakistan’s main concern is the continuation of acts of terrorism. It seems that most of the elements of the TTP and their affiliated groups have settled in Pakistan and are regrouping in Loralai and Zhob. TTP leader Noor Wali Mehsud dreams of bringing the ex-FATA back under his control and making them an Islamic emirate. To seduce the locals, the TTP targets only the police.

The Baluch groups led by BLA have joined forces with the Lashkar Baluchistan group of Dr Allah Nazar. They target security personnel and the Chinese in Quetta, Awaran, Kharan, Turbat, Gwadar, Mastung, Sibi, Mach and Bolan. BLA-Daesh-K terrorists operate jointly from the Nago Hills in Mastung and are in contact with dacoit gangs in the interior of Sindh. A Baluch rebel cell is functional in Sheerzan (Chahbahar) led by Rasool Bux. With the closure of Spin Boldak’s main supply route, terrorists receive funds and weapons from India via Sindh, the Mekran coast and Sistan.

Several intelligence-based operations have been carried out in Waziristan and Balochistan, and good results have been achieved. Several militant leaders have been shot and large arms caches have been recovered. The rapid completion of the fence of a southwest border as well as better border management has become necessary.

China is keen to fill the power vacuum in Afghanistan and has developed a good understanding of the Taliban. Its flagship CPEC project cannot function optimally without a stable Afghanistan and without connecting with CPEC through the Peshawar-Kabul highway. It has extended 200 million yuan in aid to Kabul, which includes 3 million corona vaccines.

Chinese foreign minister told counterpart in Washington it was unethical to freeze accounts of war-torn countries and advised him to unfreeze cash in Kabul and expand humanitarian aid .

The writer is a retired brigadier general, war veteran, defense and security analyst, international columnist, author of five books, Chairman Thinkers Forum Pakistan, director of the Measac Research Center and member of CWC PESS & Think Tank. He can be contacted at [email protected] The opinions expressed in the article are those of the author and do not necessarily reflect the editorial policy of Global Village Space.

2021-09-30
Previous Post: Coca-Cola unveils new “Hug” logo as part of a renewed brand philosophy
Next Post: The “practical inertia” of racism in philosophy