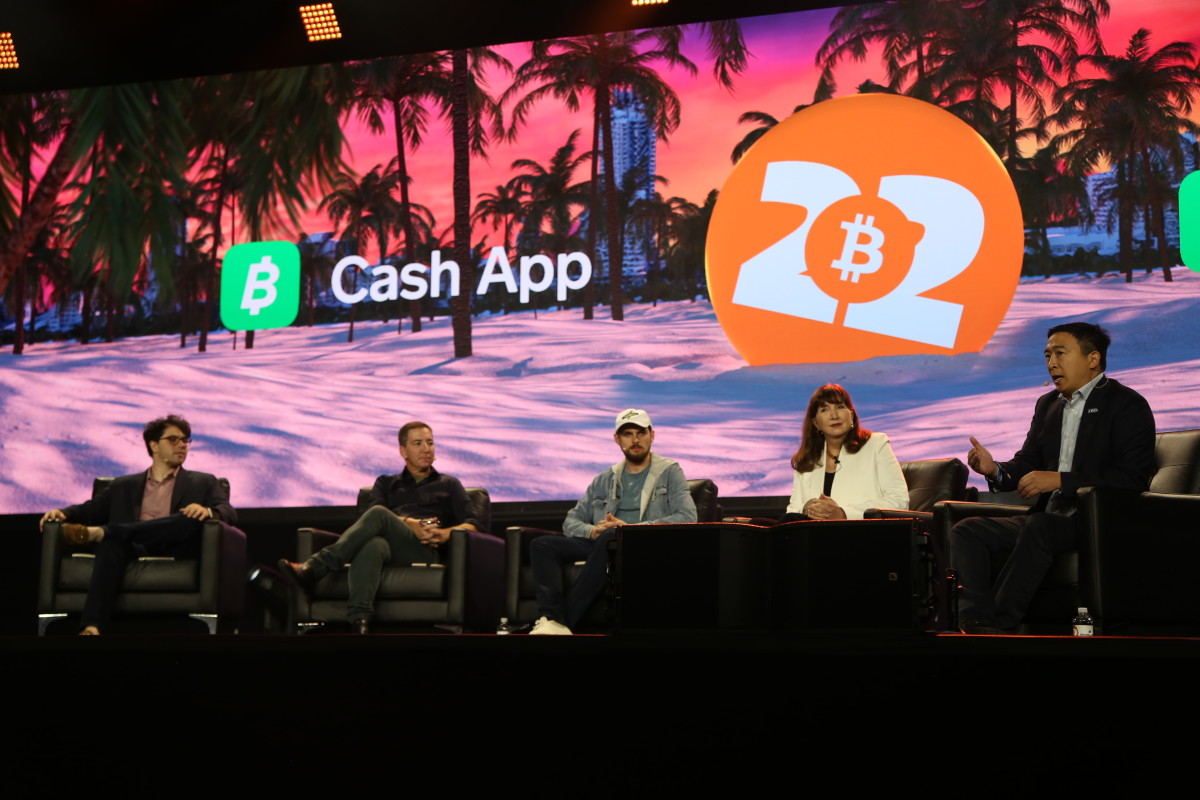 A few politicians known for their creative thinking about politics spoke to Bitcoin 2022 conference attendees in a panel titled “Overcoming the Inertia of Ideas.”

The panel was moderated by David Zell, director of policy at BTC Inc and co-founder of the Bitcoin Policy Institute think tank, which strives to educate policymakers about Bitcoin and its potential for the country. Panelists included Dr Jo Jorgensenwho was the Libertarian Party’s nominee for President of the United States in the 2020 election; Andrew Yang, who was a presidential candidate in the Democratic primary in the 2020 presidential election; writer Allen Farrington; and journalist Glen Greenwald.

Yang ran on a Universal Basic Income (UBI) platform. He has been a public Bitcoin supporter and his super PAC, Humanity Forward Fund (Humanity FWD), accepts Bitcoin Lightning donations through OpenNode. Greenwald recently learned of the existence of the importance of bitcoin through an interview with Alex Gladstein.

The panelists started the conversation on the theme of the evolution of the national discourse.

“It shouldn’t take someone running for president to come up with a new idea,” Yang said. He went on to share statistics of a disgruntled population, adding, “62% of Americans don’t feel like the duopoly is working and I want to move on.”

Panelists agreed that there must be a different path than the current duopoly.

“There are so many perspectives that are not considered in our media and our politics,” Yang said.

Jorgensen went on to say, “I find that with bitcoin…you have Republicans saying let’s go back to the gold standard and Democrats who don’t care about money at all other than spending it. We’ I gotta get rid of the monopoly and have money in the free market.”

Discussing the state of the media and how the public perceives it, Greenwald said, “The public has validly lost so much trust in the media and corporate news.”

He believes the reason people turn to sources of information outside of the mainstream is that people are curious.

“Joe Rogan is curious and open, and I find that’s what people want more and more,” Greenwald said.

Greenwald sees the value of Bitcoin in how it aligns with the freedoms most important to him.

“All of my free speech and anti-imperialism causes fit into Bitcoin,” he said.

“Look at the $1,400 checks they sent out,” Jorgensen said. “If we were on bitcoin, could they have done this? No, you can’t just print bitcoin.”

The conversation shifted to UBI when Yang commented, “For the record, I liked the $1,400 checks.”

Farrington agreed with Yang’s assessment of the underlying need for UBI, explaining, “I’m very supportive of the idea of ​​UBI because I see UBI as a political response…to one problem I see is ultimately economic and ultimately Bitcoin solves.”

Sensible regulation seems likely, according to Yang, who predicted that “in the next six months there will be a whole new set of policies regarding bitcoin and other cryptocurrencies and we have to keep these laws on the health side. mental”. .”

Bitcoin is another way for the public to move away from the left-right duopoly. Greenwald explained, “One of the people who talks about the dangers of bitcoin the most is Hillary Clinton. And now Donald Trump is echoing the same points… Anything Hillary Clinton and Donald Trump agree is so threatening to the prevailing order is something you should at least be interested in knowing.

The way forward is with Bitcoin. Greenwald continued, “Bitcoin offers the opportunity to solve so many of these issues that should excite both the left and the right.”

Jorgensen agreed, “Of course Hillary Clinton and Donald Trump are on the same side because they’re on the side of big government.”

The conversation continued to discuss privacy with a focus on attorney Edward Snowden.

“We have a right to privacy and the government shouldn’t be watching everything we do,” Jorgensen said.

Greenwald shared a bit of his experience with Snowden.

“When I met Edward Snowden in 2013 in Hong Kong, I had been talking to him for several months to develop a relationship with him,” he said.

Greenwald described Snowden as an older, disgruntled security expert, tired of injustice and surprised to realize he was actually a 29-year-old man with his whole life ahead of him.

When Greenwald asked Snowden why he chose to become a whistleblower, “He finally said to me, we know we’re all going to die, but the ultimate question is, how are we going to live?”

The system is made to suck people in. As Greenwald said, “There’s a huge incentive system out there designed to co-opt you. You really have two choices: you can either be supportive and complicit, or you can dedicate yourself to subverting it.”

Jorgensen agreed when she said, “I don’t want to live in a world where some are more equal than others.”

Farrington has a similar driving force.

“What motivates me is that I feel like I have a very clear picture of what will happen if we don’t win,” he said. “Central bank digital currencies are coming… It’s an aspiration, a particularly dystopian aspiration.”

Third-party candidates offer the possibility of alternative solutions. Jorgensen closed the panel to loud applause when she said, “During the election campaign, I said I would forgive him [Snowden]Julian Assange and Ross Ulbricht.”

Bitcoin 2022 is part of the Bitcoin event series hosted by BTC Inc, the parent company of Bitcoin Magazine.

2022-04-07
Previous Post: The war in Ukraine shows the need for a “solid philosophy of history” – Démocratie et société
Next Post: Senators seek to maintain migration policy | State and region