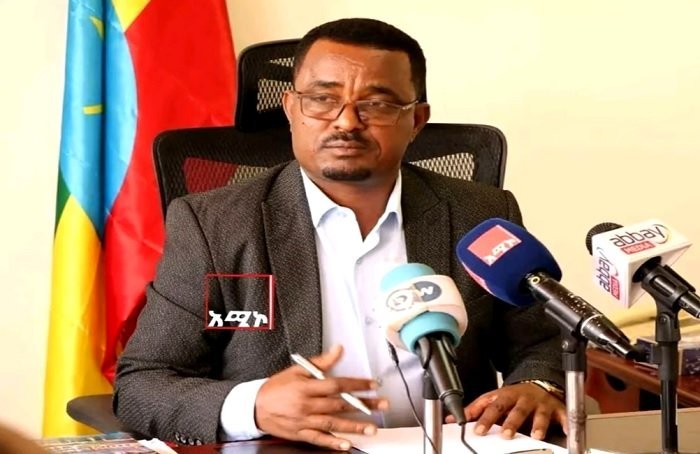 (Desalegne Tassew, head of the peace and security office of the Amhara region. Photo: AMC)

The Amhara Region Office of Peace and Security announced new regulations on the region’s gun registry on Monday.

Under the new regulations, owners of all kinds of firearms are required to register them at registration centers in the regions where they live if the gun they own is not previously registered.

Amhara Media Corporation (AMC), a state-owned media outlet in the region, said the registry would be ongoing for four consecutive days starting May 17, 2022.

Dessalegne Tassew, chief of the region’s peace and security office, told AMC that the registry is intended to ensure the safety and security of people in the region and to strengthen supporting forces.

He added that it was obvious that the Tigray People’s Liberation Front (TPLF) was preparing to launch a military attack again.

The security office has planned to provide organized military training in the area once the gun registry is completed within the next four days.

Last weekend, the region announced a region-wide security expectation after the TPLF openly ordered people in Ethiopia’s Tigray region to prepare for war.

There are still areas in the North Gondar and Waghmra areas of the Amhara region that are under the military control of the TPLF, as is the case with parts of the Afar regions in Ethiopia.

The Amhara region has seen security problems in recent weeks related to TPLF agents, the TPLF and external enemies.

In late April, a clash between two individuals from Islam and Christian religious traditions escalated to such an extent that it emerged as full-fledged violence between followers of the two faiths. At least fourteen were killed and hundreds injured.

The incident also sparked similar violence in many other parts of Ethiopia.

The TPLF as a factor of new security arrangements in the region:

The excuse that the TPLF leaders gave to the people was that the peaceful solution to resolve the conflict with the federal government was not working and enough aid was not coming to the area.

On Monday, Reuters reported that the TPLF is engaged in compulsory conscription.

There had been reports, citing individuals who claimed to have escaped from the Tigray region, earlier in local media, that the TPLF had ordered all residents of the region under the age of 50 and in good health to join the forces of the TPLF.

Families who refuse to join the TPLF forces face fines of up to 20,000 Ethiopian Birr.

There are also unconfirmed reports that much of the aid that has reached the Tigray region is being diverted to supply TPLF forces and several hundred trucks that brought aid to the region have not returned. .

To share information or for a quote, email [email protected]