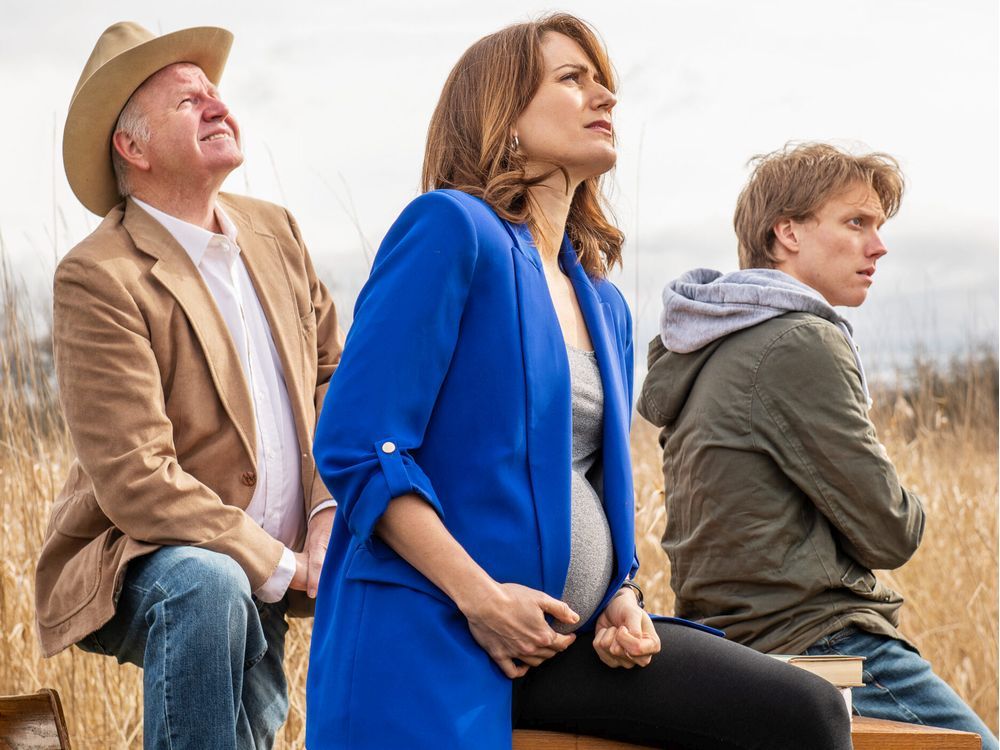 Reviews and recommendations are unbiased and products are independently selected. Postmedia may earn an affiliate commission on purchases made through links on this page.

how the world began

In How the World Began by Catherine Trieschmann, science and faith collide in the classroom. But as the play progresses, the story becomes less about evolution versus religion and more about how we communicate, and whether we’re willing to hear the other side.

Sarah Rodgers, who is directing the Pacific Theater production, learned from the playwright that the inspiration behind the play was not so much arguments as attitudes.

“Her husband is a philosophy professor specializing in the philosophy of science,” Rodgers said. “They moved to Kansas from Washington DC and he’s been on panels on evolution versus creationism. And Trieschmann was struck by the passion with which people responded to the debate and how scientists, with whom she largely agreed, seemed arrogant and demeaning to creationists, with whom she largely disagreed. So she found herself intrigued, not by the intellectual content of the debate, but by the psychology behind it.

In the Pacific Theater production of the 2011 play, Meghan Gardiner – of Gross Misconduct in 2019 and The Boy in the Moon in 2021 – plays Susan Pierce, a New Yorker newly transplanted to rural Kansas to teach science to high school students. . She finds herself in hot water over an offhand reference to creationism as “gibberish.” The reference triggers his student Micah, who has just lost his parents in a tornado. Micah’s guardian, Gene Dinkel, tries to broker a truce between the two. Susan, who is pregnant, depends on her job not only for her salary but also for her health insurance.

“What I love about this play is that each character has their own biases and beliefs,” Rodgers said. “And yet, our sympathies go back and forth between the three. You can walk into the room as someone who believes in evolution. And you might be surprised how much you sympathize with the young boy who is the creationist. The writing is so sophisticated.

Former Pacific Theater Artistic Director Ron Reed plays Dinkel, a character who seems as popular as his name as he brings pie to his first meeting with Susan. But is it more sophisticated than it suggests?

“He is surprising in his own beliefs that come out. There is a richness and subtlety to her belief system that unfolds throughout the play.

Evan Rein, who plays Micah, is a Studio 58 graduate and an “incredible musician” who worked with Rodgers in the 2018 production of Thornton Wilder’s The Skin of Our Teeth.

“He played on that show for me, but also played a lot of instruments onstage,” Rodgers said.

A tornado in Greensburg, Kansas that killed 11 people in 2007 also inspired the piece.

“Susan comes to this town after this devastation, but she has no connection to anyone in the community, neither the people who died nor those who were affected by it. It’s interesting to do this piece now, after the recent floods. We are starting, even in British Columbia, to see environmental upheaval,” Rodgers said.

New Pacific Theater Artistic Director Kaitlin Williams scheduled How the World Began as part of its first full season. In the press release, she states that “Trieschmann’s engaging script, with its deeply human characters, will give our audience plenty to talk about after leaving the theater.”

It’s likely that members of the public on both sides of the debate will have a lot to say.

“Hopefully people will walk away and debate late into the night,” Rodgers said. “In the current climate, not all voices and views are heard. This piece invites everyone to express their point of view, loud and clear. That’s what’s so wonderful about this piece. You hear the three characters.

Sign up to receive daily news from the Vancouver Sun, a division of Postmedia Network Inc.

Thank you for your registration!

A welcome email is on the way. If you don’t see it, please check your spam folder.

The next issue of Vancouver Sun Headline News will soon be in your inbox.

We encountered a problem during your registration. Try Again