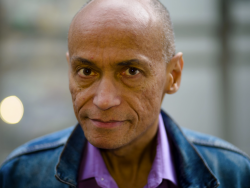 He died on September 20 at the age of 70 as a result of his battle with cancer.

Mills, born in England, was the son of Jamaican civil servant Gladstone Mills.

He then taught physics at what is now the Jamaica University of Technology and later at Campion College.

Mills was known for his work on social and political philosophy, particularly oppositional political theory centered on class, gender, and race.

Beyond his influence in critical race philosophy, Mills was widely known for his work on social and political philosophy, African-American and African philosophy, ethics, and Marxist thought.

His best-known work is his book The Racial Contract for which he recently received the Benjamin E. Lippincott Award.

Professor Mills joined the Graduate Center at the City University of New York (CUNY) in 2016.

“He was indeed very distinguished, and this recent award shows you the kind of importance his work had,” said Professor Nickolas Pappas, director general of the doctorate. Philosophy program at CUNY.

In tribute to Mills, philosopher Liam Kofi Bright, assistant professor at the London School of Economics and Political Science, wrote: â€œNo study of black political thought would be complete without him. “

More than 20 years after its publication, the Racial Contract remains a founding philosophical text.

He has written a total of six books and has also written over 100 journal articles, chapters, and commentaries.

He has been honored in his field in many ways, including his election as President of the Central Division of the American Philosophical Association.

He was selected to give the association’s John Dewey Lecture, was appointed a Fellow of the American Academy of Arts and Sciences, and was chosen to give the 2020 Tanner Lecture on Human Values â€‹â€‹at the University of Michigan.

â€œThere was no more caring and courteous person at the graduate center,â€ Pappas said.

â€œI could continue on his good personal qualities. I always liked making him laugh because he loved laughing at other people’s jokes so much. In his case, you didn’t have to choose between the important work and the awesome character.