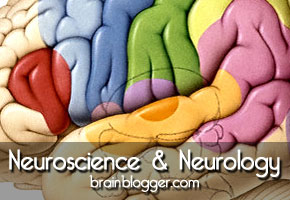 Free will and the philosophy of science

For many years, the discussion of the existence of free will has been limited to philosophers and theologians. Scientists began to talk about free will after science began to separate from philosophy as a discipline. However, it was not until the rise of functional neuroimaging that some neuroscientists began to study whether the brain and deterministic brain processes could explain free will. In short, some scientists want to find out whether or not free will is just an illusion, an idea that humans create out of an innate desire to feel in control.

In a 2008 article in Neuroscience of nature, the researchers believe their findings indicate that free will is highly implausible at best. They said they were able to accurately predict, using fMRI and statistical modeling, people’s responses for up to 10 seconds before a response was made on a simple task where participants had to press. a button with their left or right hand. Activity in the prefrontal and parietal cortices preceded the response by up to 10 seconds. The researchers interpret their results as showing that there is no evidence of free will. Because this brain activity occurs before people are aware of their response, the authors believe that free will is nothing more than an illusion. The mechanics of the brain determine our responses.

On the other hand, assuming the results are valid and reproducible, there are other interpretations. I will explain an alternative interpretation by first explaining a little epistemology and the philosophy of science. Modern science is based on the philosophical assumptions of materialism, naturalism, and empiricism, among other ideas. Materialism presupposes determinism. Determinism is mechanistic and denies free will.

Because determinism is assumed, it is not possible to truly study free will using the methods of neuroscience, because it says and does the following:

One of the flaws of this research is that the authors assume the determinism and mechanism of our material world, and then they try to study something that does not exist according to the basic assumptions of modern science. It is therefore not surprising that they view the results of their research as pointing to the non-existence of free will.

Why is it important to understand the philosophical assumptions underlying modern science, including neuroscience and psychology? In psychology, the issue of free will is important because it can change the way a psychologist views abnormal behavior (and even normal behavior). It can change the way psychotherapy is conducted (eg, personal responsibility for early repressed experiences). If a psychologist takes a deterministic approach to science or therapy, their approach may be very different from that of someone who takes a non-deterministic approach (eg, free will).

In conclusion, I would like to ask the readers a few questions. Is there room to assume free will in neuroscience research? Are there other ways of approaching the question of free will, especially with regard to scientific research?