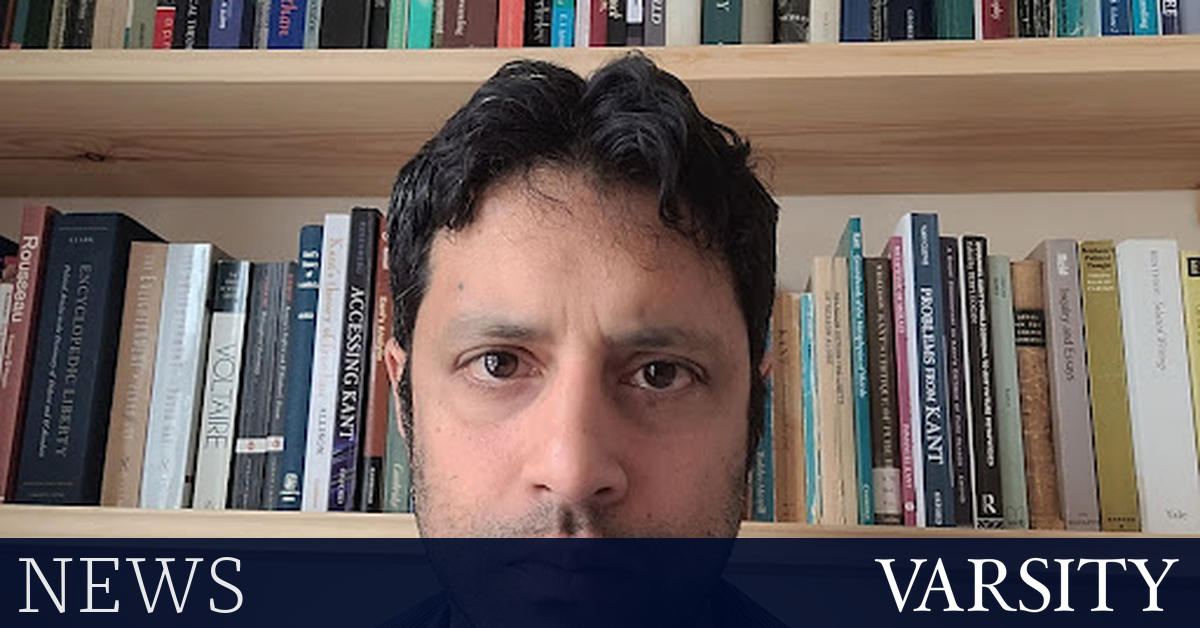 Freedom of speech is so important it should be taught alongside consent, says Philosophy don

Freedom of speech is so important it should be taught alongside consent training, philosophy professor says.

In an interview with UniversityArif Ahmed, an outspoken philosophy professor at Gonville & Caius College, said “free speech is deeply radical and progressive” but is currently under threat at Cambridge.

“Just as you get training on consent, sexual health and fire safety, there should also be some sort of introduction to free speech,” he said.

Students, he argued, need to be informed that “college should be an environment where you can say just about anything you want and where others can say whatever they want too.”

“You can expect to be offended and being offended or shocked should not automatically be grounds for complaint.”

He thinks such training is necessary because “it’s a very natural impulse to try to suppress the opinions of people you don’t agree with”.

The philosopher is no stranger to championing free speech at Cambridge.

In 2020, he led the charge against the University’s plans for a new ‘free speech’ policy which Ahmed said would have ‘forced each of us to ‘respect’ opinions and ‘identities’. others” – plans that “offered virtually infinite scope for censorship”.

“Respect”, he said, implies a degree of approval which “could be used to prevent the discourses and debates necessary for the functioning of a university”, while “tolerate” allows it while preventing the harassment and suppression of speech. .

When the plans were rejected by the University’s governing body in December 2020, Ahmed hailed the result as a victory, writing that the new rules allowed Jordan Peterson to be invited back to Cambridge after the professor of psychology was disinvited in 2019.

But Ahmed thinks there is still work to be done.

There are “free speech attacks every day”, with people censoring themselves on issues such as Brexit, the Israeli-Palestinian conflict and trans rights.

He said people were afraid to voice their opinions not because others might ‘think they’re stupid’ but because of their worries about retaliation from employers, citing a recent UCU survey that suggested that British academics censor themselves more than their European counterparts for fear of punishment. of their employers.

But what happens when free speech leads to hate speech? Ahmed believes that the law, and by extension universities, should only prevent speech if it directly crosses a “clear and serious line such as incitement to violence or legal confidentiality.” Otherwise, legitimate discourse such as support for Palestinian rights could be stifled as it could easily be presented as having a tenuous connection to racism or violence.

Ahmed argues that those in power generally set the boundaries for acceptable speech, and that censorship often involves “cases of people who have power oppressing people who don’t.”

He cited Margaret Thatcher’s Article 28, which banned the “promotion of homosexuality” in schools, and McCarthyism in the United States, the crackdown on writer-artists accused of harboring communist sympathies, as examples of suppression of leftist voices.

More importantly, does he think the University goes far enough to defend free speech? Not enough. Given their relationship with institutions that do not promote free speech, Ahmed fears they are guilty of “double standards” given that free speech is a “core value” of the University, according to their 2020 statement.

Nonetheless, Ahmed argued that universities should avoid taking positions on political issues that could alienate people because they are “not moral institutions” and there is “no mechanism” to determine the opinions of their members.

We are therefore almost entirely dependent on advertising for funding and expect to have a few difficult months and years ahead.

Despite this situation, we will be looking for inventive ways to seek to serve our readership with digital content and of course in print!

Therefore, we ask our readers, if they wish, to donate from as little as £1, to help cover our running costs. Thank you very much, we hope you can help us!