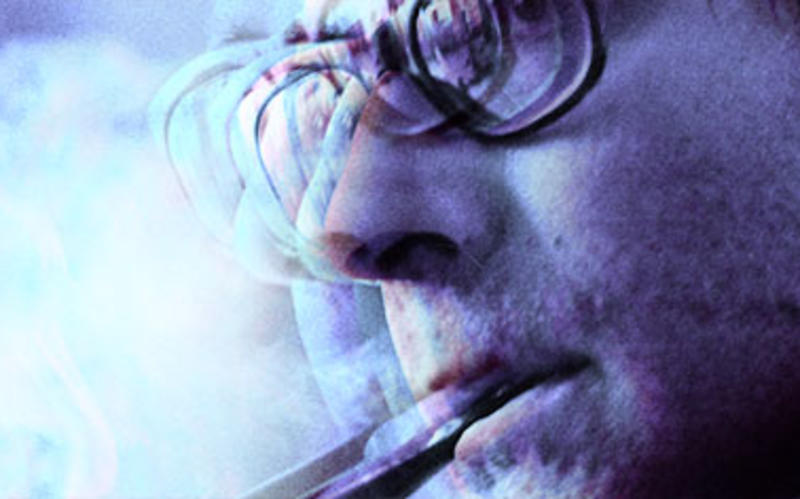 Godard: philosophy through the screen

Jean-Luc Godard, who died on the 13e September, will be remembered as an enigmatic figure and pioneer of French New Wave cinema. Yet his legacy invites a larger question about the potential of cinema (or perhaps lack thereof) for exploring philosophical ideas. Here, Hunter Vaughan explores how Godard used cinema as a means to “realize” philosophy, before describing how the contemporary film industry must change in order to realize its full philosophical potential.

Jean-Luc Godard, visionary filmmaker and eternal provocateur, was as divisive in life as his legacy will no doubt be after his recent death at the age of 91. His oeuvre claims more than 130 films as a director, although it spans short films, feature films, television series, digital content and various metatextual activities, his quantitative summary is perhaps incalculable. And in a career that has gone from artist of flippant pastiche to self-proclaimed Maoist to sincere curator of both the positive and negative legacies of moving image culture, understanding and evaluating his work qualitatively is like trying to pin down an eel in an oil slick. . Its most superficial banality had an abysmal depth, while its audiovisual maxims reeked of the advertising slogans of dime stores.

Highlights the potential and limits of cinema to express philosophical concepts or, even, to interpret philosophy as an act

But while his transparent obsession with the largely white male canon of quotable wisdom often made it impossible to know whether his messages were genuine or multi-layered plagiarism, his decades of on-screen philosophical meanderings were uniquely authentic in their manifestation. shameless and full of a zeitgeist that included Brecht and Bardot, Warhol and Vietnam, John Wayne and Fidel Castro. The dialectical list could unfold with endless referentiality, like an episode of The history of cinema – although formally experimental as a modernist, Godard was definitely postmodern. Or perhaps even ultimately post-postmodern, neoclassical where it landed: delving into its epithets and euphemisms one finds a morphology of thought ranging from obscure to clear, from deeply cynical nihilism to elegiac lamentation over need. of love in a world that has abandoned meaning and monetized human interactions. It is perhaps the result of a retrospective on Godard’s almost century of constant self-reflection as a filmmaker filmmaker: he highlights the potential and limits of cinema to express philosophical concepts or, even , to accomplish philosophy as an act.

Born into bourgeois comfort, his more radical work would mock (while he himself retained their privilege), he was a cultural and iconoclastic scavenger whose opportunity presented itself at the perfect time and place: Paris of after war. The French capital’s legacy as an interwar international sanctuary for the great masters of modernity, from Picasso to Kandinsky to Josephine Baker, cast a romantic echo as shimmering as the brutal defiance of unraveling the memory and identity of the recent nightmare of the Occupation, the Collaboration, the Holocaust and ongoing colonialism cast a veil over a nostalgic avant-garde city that would become the epicenter of film criticism intellectualized and state-sponsored European art cinema of the 1960s and 1970s.

SUGGESTED READING
The world as will and flow
By


Godard’s early films began as reflections on the history and nature of cinema, extensions of his self-consciously esoteric critical writing, and debates in the halls of Cinema notebooks, a popular monthly that did more than any other text to promote a retrospective theorization of the history of cinema, while consolidating among its authors the band of rogue cinephiles who would become the self-proclaimed authors of the French New Wave. As likely to paraphrase Nietzsche (often wrongly) as to quote Hollywood classics (often sarcastic), this generation, in France as elsewhere, has experienced a singular evolution: the first generation entered adulthood by a youth and an adolescent fully exposed and engaged in discussion the breadth of international film history. They grew up with the Cinematheque as a mecca and made the films that would herald a new intellectualism for the medium as independent cinemas and film studies departments sprang up in the 1960s and 1970s, an era that saw a seemingly impossible pace of social and political change. worldwide.

Consequently, starry-eyed filmgoers of the 1960s were divided over their engagement in such cultural and philosophical debates, and defined themselves through their narrative, formal, and extra-textual treatment with the sexual revolution, the wars in Vietnam, and for global decolonization, labor and civil rights movements. Despite their many disagreements, Godard and Truffaut anecdotally marched with protesters and hung from theater curtains to shut down the 1968 Cannes Film Festival. A month later, the legendary May 68 protests brought down anti-police -riot in the streets-and the following two decades presented the epic challenge of progressive ideologues and radical activists to reconcile this moment of apparent opportunity with the triumph of the fall of Berlin. wall and the return of conservatism and injustice in the form of neoliberal paradigms for the systemic logic of the free market. A group outside the aesthetics and ethics of late capitalism, it is no surprise that Godard sought solace in isolation and small-scale personal cinema.

That’s not to say his work didn’t address these issues; with the openly revolutionary Maoist film collective Dziga Vertov Group, he contributed not only to politically charged films, but also to the realization of this very ideological framework by attempting to displace the means of production and place the camera in the hands of the factory workers. If films can be political, it is through their message; if cinema can be political, can work for social change, it must do so through its process, through its organization of creative and cultural agency, through its praxis. Despite this exemplary experience of participatory media production, Godard’s work tended to depict the product of a loner (or loners, as one should say to multimedia artist Anne-Marie Miéville his rightful credit as an equal partner in their work and life over the past five decades) and in his experiments with sound and image, history and present, subjectivity and objectivity, has flirted with limits of the medium in interpreting (as opposed to simply discussing) philosophy.

The moving image as an art has been well worked on, if not perfected; his potential as a philosopher is just beginning

As I drew in Where cinema meets philosophy, Godard—like his contemporaries, precedents, and successors—came to the shore of such breakthroughs in times when he was not trying to encircle and encapsulate his objects of inquiry (which were always women—though l Godard’s tragic inability to escape misogyny is the story of another time) but to abandon the absolute power of the camera, allowing the intersubjective experience between character, artist and audience, and allowing cracks in the edifice of Western Cartesian subjectivity and the illusion of photographic objectivity. It happened rarely – perhaps it can only happen rarely, such interventions experienced in small doses made palatable by a constellation of visual enjoyment and engagement. Godard was known to fill entire films just to have such a passage. In those rare miraculous moments when sound and image and the concatenation of time offered a break in the certainty of a privileged subjectivity and opened up the textual moment – ​​not as a storyteller, but as a shaper sensory and conceptual encounters with the world – to potential reconfigurations of a world so tightly bound by power structures and arbitrary laws of representation.


Often copied and often copied, it is this lesson that has been most sorely missed by those who have risen to fame and fortune by hijacking his conflicting vision of masculinity (Scorcese), his ironic obsession with the gangster genre (Tarantino ), or his exploration of violence at the roots of a world defined by capital (Noe, Aronofsky, Von Trier). The moving image as an art has been well worked on, if not perfected; his potential as a philosopher is just beginning. Although he wouldn’t live to see it that way, one can only hope that the growing diversification of voices and perspectives, the questioning of anthropocentric screen culture and the proliferation of Indigenous worldviews, queer and feminine will make possible other miraculous moments, when we will need them for this world that Godard left behind.