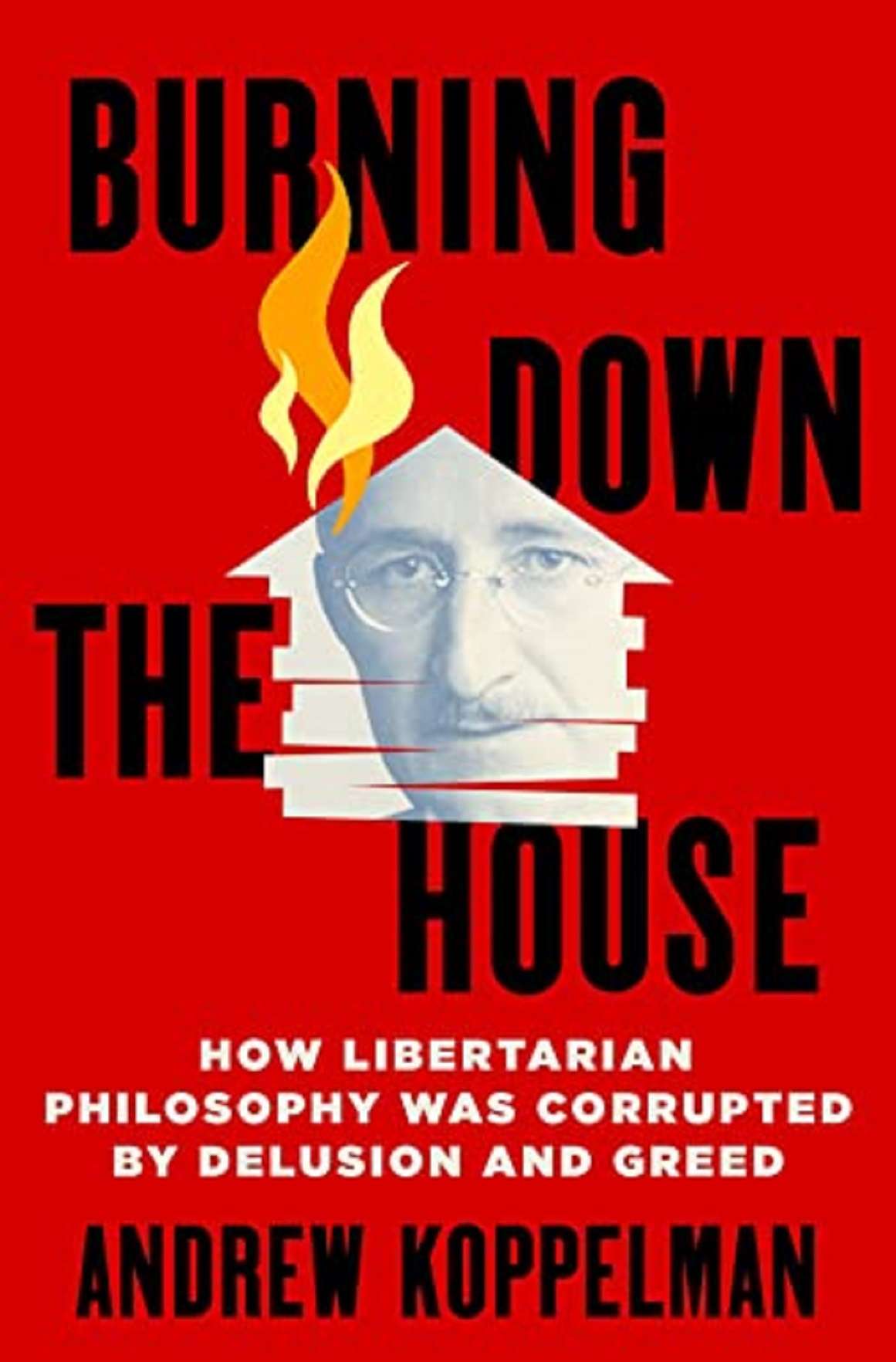 How libertarian philosophy has been corrupted by delusion and greed”

I have many reservations about this book. But it’s hard to deny that it helps spark a debate about the strengths and weaknesses of modern libertarianism. And Professor Jack Balkin of Yale Law School, with the help of Koppelman, assembled an impressively diverse team of commentators for the symposium.

by Andrew Koppelman Burn down the house raises valid points, and I agree with more than I expected. But it is also a missed opportunity. Koppelman attempts a critical analysis of libertarian political thought and its impact on public policy. But it overlooks major aspects of both.

Let’s start with a few points of agreement. At the beginning of the book, Koppelman acknowledges that free markets have made enormous contributions to human freedom and well-being…He also notes the validity of FA Hayek’s classic critique of central economic planning, on the grounds that governments lack the knowledge necessary to competently plan economic production. Perhaps most strikingly, he points out that many on the left fail to recognize the contradiction between their support for diversity and their sympathy for socialism; the latter risks suffocating the former. As Koppelman says, “[m]anyone on the left repudiates capitalism because they don’t grasp the anti-socialist logic of their current views…”

Koppelman is also right to point out that some prominent defenders of libertarianism – notably Ayn Rand and Murray Rothbard – have made a variety of weak and sometimes even downright silly arguments. Many of these weaknesses have already been covered, including by other libertarians. But the list that Koppelman makes is particularly useful and accessible….

Unfortunately, Koppelman’s relatively thorough dissection of Rand and Rothbard comes with a neglect of newer and more sophisticated thinkers. As a result, he overlooks the crucial means by which libertarians have addressed many of the points he raises. As for the effects on public policy, he overlooks many areas where libertarian ideas have had their greatest impact, while greatly exaggerating their effect in a few areas where he finds it particularly objectionable….

This focus weakens many parts of the book. Here I only cover a few examples related to my own areas of expertise.

In my view, Koppelman’s most significant omission is the neglect of modern libertarian critiques of democratic government, especially those focused on voter ignorance and bias. After all, regulation and redistribution through democratic processes is the main left-liberal alternative to libertarianism.

Prominent libertarian scholars such as Bryan Caplan and Jason Brennan have shown that the vast majority of voters are both ignorant of basic facts about politics and government, and highly biased in their assessment of what they know….

If the policies of democratic governments are heavily influenced by voter ignorance and bias, the quality of those policies is likely to be significantly reduced. This poses a particularly serious challenge for Koppelman and others who call for carefully calibrated policies that deftly balance competing considerations….

Another vital branch of libertarian scholarship that Koppelman neglects is the study of private sector solutions to public goods problems and externalities. This has been a major focus of libertarian thought at least since the groundbreaking work of Nobel Prize-winning economist RH Coase in the 1960s…..

Libertarianism’s alleged neglect of public goods and externality issues is a major theme in Koppelman’s book. Yet he does not seriously consider the vast modern libertarian literature on these same issues.

Finally, despite his discussion of property rights centered on the classic writings of John Locke and Robert Nozick, Koppelman also neglects the vast majority of modern libertarian property research….

Koppelman’s excessively narrow focus is also apparent in his discussion of libertarian impacts on politics, where he highlights the supposed effects of outright rejection of redistribution and climate denial. He asserts that “the Republican Party has become increasingly Rothbardian: reflexively opposed to all taxation and regulation”.

In fact, even in its most libertarian-friendly period under Reagan, the GOP never came close to rejecting “all taxes and regulations.” At most, he advocated stricter restrictions on these policies.

In its most recent Trumpian “national conservative” incarnation, the Party has embraced large-scale protectionism, industrial planning and massive migration restrictions….

The overemphasis on redistribution and climate change leads Koppelman to overlook several policy areas where libertarian ideas have had a far greater impact. Examples include Milton Friedman’s key role in abolishing the draft, his remarkably successful advocacy for an anti-inflationary monetary policy (adopted by many central banks), the rise of school choice in the United States and Europe (a another idea actually popularized by Friedman), and the important role of libertarians in promoting stronger constitutional protection of property rights….

None of the modern libertarian ideas discussed above are unassailable, and most have generated significant counter-arguments…..