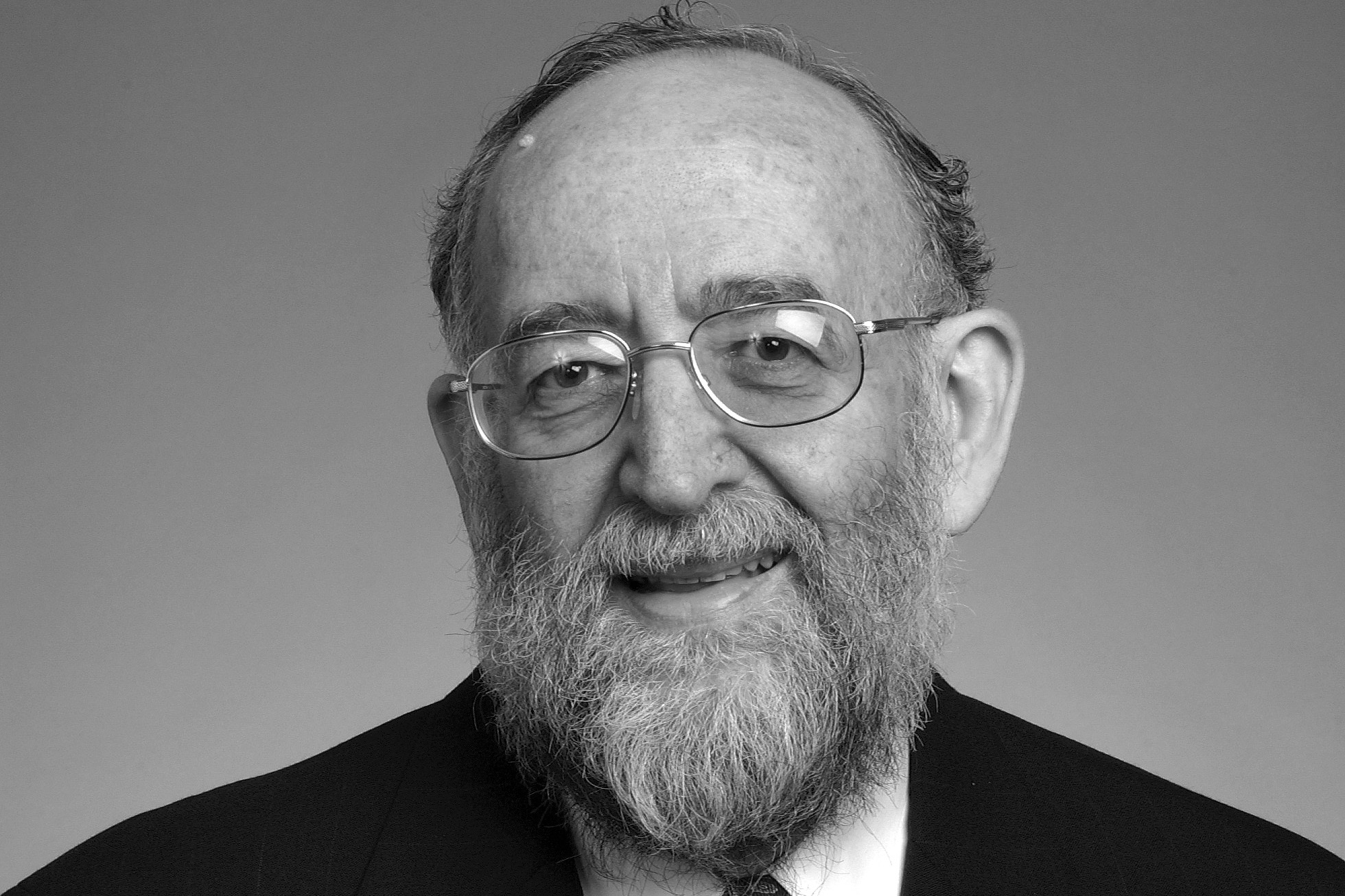 The Joel Moses Institute Professor Emeritus PhD ’67, an innovative computer scientist and dedicated teacher who held several leadership positions at MIT, died May 29 after a long battle with Alzheimer’s and Parkinson’s disease. He was 80 years old.

As a researcher, Moses is well known for his work developing Macsyma in the late 1960s, which was one of the first computer systems capable of manipulating complex mathematical expressions, such as those in algebra or calculus.

The Macsyma program allows a computer to solve mathematical problems such as differentiating and integrating expressions, manipulating matrices, and deriving symbolic solutions from equations. Macsyma was faster and more accurate than other methods – engineering or physics problems that would have taken six or seven months to calculate could now be solved in less than an hour. The program has influenced many powerful computing tools which are an outgrowth of Moses’ research. He was honored by the National Academy of Engineering in 1986 for this pioneering work in symbolic algebraic manipulation by a computer.

“One of the lessons I learned from Joel is that we gain flexibility at the cost of increased complexity as we move from tree structures, through layered systems, to arbitrary networks,” says Gerald. Jay Sussman ’68, PhD ’73, the Panasonic Professor of Electrical Engineering, who first met Moses when he took a computer programming course that Moses, then an undergraduate at Columbia University, was teaching to secondary school students. “The most amazing point is that Joel’s philosophy about the link between the structure of a system and the ability to adapt it to new conditions is not just about computer systems, but rather about systems as diverse as the structure corporate and military and social order. His extensive administrative work at MIT powerfully exemplifies this philosophy. He continually built new lines of communication between previously disconnected entities, building layered systems that could quickly adapt to new conditions. and unforeseen.

Moses’ skills as an administrator were felt throughout MIT. As Dean of Engineering, he initiated a long-term plan called “Engineering with a Big E” to integrate concepts from the social sciences and management into the engineering curriculum. He also oversaw the creation of MIT’s first combined five-year bachelor’s and master’s degree programs in engineering.

Later, as provost, Moses saw the need for a building that would bring electrical engineering and computer science together to foster faculty collaboration and provide opportunities for students. His vision culminated in the opening of the Ray and Maria Stata Center in 2001. At the groundbreaking ceremony, Moses was honored for his efforts to make the building a reality.

He was also instrumental in creating the Systems Design and Management graduate program, a unique multidisciplinary program that prepares graduates for leadership roles at the intersection of engineering and business. An advocate for student success, Moses worked to increase payments for research and teaching assistants and tripled funding for undergraduate and graduate student association activities.

Moses was born in Mandatory Palestine in 1941. His parents, Bernhard and Golda, who were Jews, had fled Nazi Germany two years before his birth through a harrowing journey that saw them arrested in Palestine and nearly sent back to Berlin out of fear. to be German. spies.

From an early age, Moses showed an interest in math – he was asked to mark assignments for his fourth-grade math class when the teacher was out of town. When Moses was 13, his family emigrated from the new state of Israel to Brooklyn, New York.

He attended Columbia University, and while his parents tried to convince him to become a doctor, Moses chose math instead. As a master’s student at Columbia, Moses first realized he could use computers to do math. This laid the foundation for Macsyma and his subsequent research. He earned a doctorate at MIT in 1967, working under the supervision of artificial intelligence pioneer Marvin Minsky, and wrote his thesis on the design and development of a computer program to perform symbolic integration.

After graduating, Moses joined the faculty as an assistant professor of computer science and began serious work on Macsyma two years later. Original member of the Artificial Intelligence Laboratory (which later merged with the Computer Science Laboratory to form CSAIL), his research efforts focused on key algorithms that could simplify and integrate mathematical expressions.

“Joel was a beloved member of the CSAIL community. His impact on CSAIL, MIT and beyond has been extraordinary. His Macsyma project developed in the 1970s was the first attempt to use a machine to do symbolic mathematics – the system is still in use today. He will be greatly missed,” said Daniela Rus, Andrew and Erna Viterbi Professor of Electrical Engineering and Computer Science and Director of CSAIL.

Moses was also a music enthusiast. In 1968, he attended an MIT party organized after a concert at the New England Conservatory, where he met Peggy Garvey, who sang jazz during the concert. They were married for 52 years. Music remained important to him, and 30 years later, while on a sabbatical at Columbia, Moses auditioned and won a place in a voice class at the prestigious Juilliard School.

Moses began his career as an administrator in 1974, when he was appointed associate director of the Computer Science Laboratory, then associate director of the Department of Electrical Engineering and Computer Science (EECS) in 1978. Moses once said that, unlike many of his fellow faculty members, he found administration, and in particular committee work, particularly interesting.

“You really get to the core of the issues, amazingly, and ideas pop up that you didn’t expect,” he said in a interview 2009.

For Moses, administration often involved supporting others, especially younger faculty members, and finding ways to encourage collaboration. As head of the EECS department in 1981, he started a series of popular seminars, affectionately called “the Moses seminar”, where teachers from each school met to discuss technical matters. Moses also led a series of professors’ dinners and created a symposium that aimed to build bridges between professors in the humanities and their colleagues in engineering and science.

“Joel’s Friday ‘Moses Seminar’ lunches were a real highlight for me, showcasing Joel and MIT at their best. Topics came from all over the ‘Tute, and collegiality and banter were the norm,” says Institute professor Ron Rivest. “Joel’s calm and fun manner inspired us all; he was the visionary who made them happen.

During his tenure as provost, Moses led key budget initiatives and launched a retirement incentive plan that improved MIT’s financial position while creating more openings for new faculty. Moses, who enjoyed helping those around him succeed, said his favorite part of being provost was presenting faculty awards.

Fiercely dedicated to improving his alma mater at every turn, Moses was also warm, friendly, and always ready to share a laugh with friends and colleagues. For example, as a provost, he started every meeting with department heads by asking someone to tell a joke.

After leaving his position as provost in 1998, Moses joined the faculty and was appointed professor of the Institute a year later. He continued to be active in research and administration, most recently as Acting Director of MIT’s Division of Engineering Systems.

Moses is survived by his wife, Peggy, his sons Jesse and David, and his brother, Abraham. Gifts in memory of Joel Moses can be made at MIT to support the Student Life, Wellness, and Support Fund, and at the Hebrew Rehabilitation Center at NewBridge on the Charles.