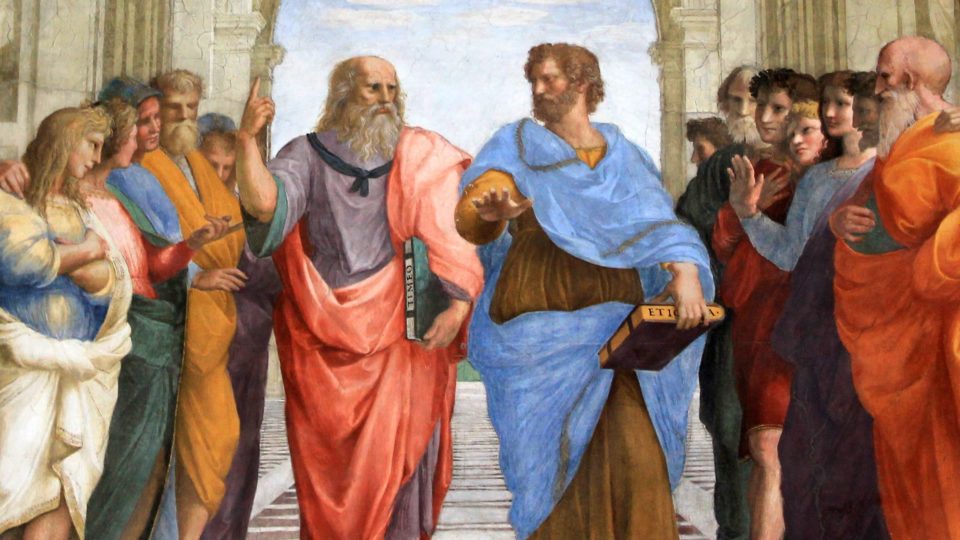 Myth and science: the beauty of thought

A challenging practice is the quest to discover what the world was like in ancient times and how humans and society have evolved over the past 3000 years. At the time of the existence of our planet, 3000 years was a short period, but long enough for man to evolve from animal life of elementary rationality to what we are today, with physical, mental , economic, political and social.

If we consider that only 200 years ago there was no anesthesia, antibiotics, electricity, radio, telephone, car, plane, television, computer , of the Internet… and that the first passenger train did not appear until 1825, the difference between what human life is today And what it was 2000 or 3000 years ago is a giant that man did not imagine until recently.

There are two leading questions: 1. How did mankind understand and explain natural events and phenomena 3000 years ago? of them. How and when did the scientific method for knowing and explaining these same phenomena appear? Slightly simplified and undated, up to 2,600 years ago, world events – such as day and night, sun and rain, light and dark, cold and heat, wind, lightning, storms, etc. – Explained through captions.

The difference between the form of human life today and what it was 2000 or 3000 years ago is a huge difference unimagined by man until recently.

Mythology is a narrative that explains events, facts or phenomena by attributing their occurrence to supernatural and, therefore, unprovable causes. Mythology was the practice of attributing to unknown and unseen deities or entities all that exists in the world and takes place in it. The myth has neither foundation nor justification. Therefore, it is not subject to criticism or questioning: it is just faith.

It is around 600 BC. J.-C. that the Greeks introduced the scientific philosophical thought. Greece is the cradle of science, that is to say the attempt to understand nature, life and its events by knowing the things observed or felt. Science presupposes the abandonment of mythological explanations based on supernatural entities created by human imagination.

The movement to learn about nature through the observation and study of nature itself began in the 6th century BC by the philosopher Thales of Miletus. However, the methodology of scientific and philosophical inquiry developed strongly with Plato (428-348 BC), who devoted himself to organizing the problem of knowledge through four questions: Possibility Knowledge: is it possible to know the world and its truth? Above method: What are the steps and procedures that lead to securing knowledge? about Tools Knowledge: the use of the senses and the mind. and on the Goal Knowledge: the outside world, its structures and its action.

Therefore, it is fair to say that as a scheme of studying nature through experimentation and testing to discover its logic and natural phenomena, science is a Greek invention. Aristotle (384 – 322 BC), following his teacher Plato, promoted amazing progress in the practice of observation, examination and knowledge of nature, its phenomena and its manifestations.

Giordano Bruno (1548-1600) is credited with the phrase “If you want to know nature, consult nature, not the gods”. If Bruno said that, he would be repeating Aristotle when he said that the key to understanding natural reality must exist within reality itself, not outside of it. Aristotle occupies a very special place on the stage of the great geniuses of humanity in the organization of rational logical discourse and the formation of the theory of dialectics.

If we want to improve the intellectual and cultural level of our grandchildren, family and school education must not abandon true philosophy and science to make way for inventions that do not replace the classical education that has advanced the ‘humanity.

I took the course last year philosophy of lawby Professor Dalton Oliveira (there are 20 15 minute chapters available for free on YouTube), I connected his chapters to the teachings of philosophy coming from Greece 400 BC and contemplated the beauty of thought scientist who started there and arrives nowadays sealed with the achievements of various sciences.

At the same time, I also thought of the suffering of intellectuals (like Professor Dalton) and of the cultural backwardness resulting from the absence of reason and the poverty of the arguments thrown in the face every day by various political and institutional bodies, with the voice of their representatives. If we want to improve the intellectual and cultural level of our grandchildren, family and school education must not abandon true philosophy and science to make way for inventions that do not replace the classical education that has advanced the ‘humanity.