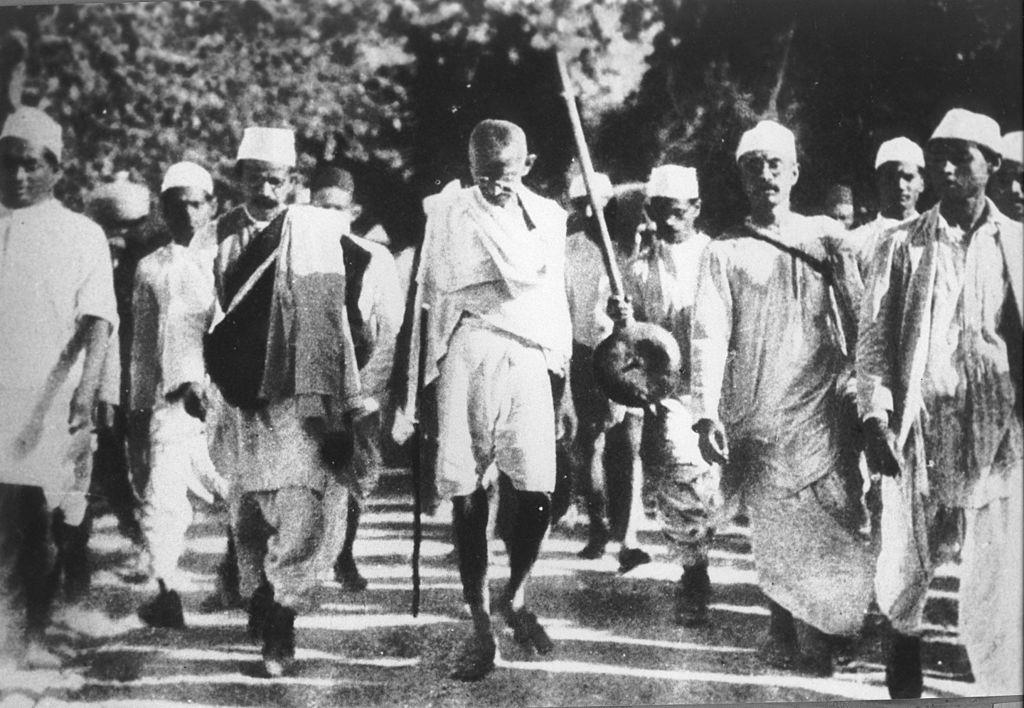 After the liberation war of 1857, the Indian subcontinent faced many problems: political, economic, religious and social problems and threats were widespread throughout the subcontinent. Hindu and Muslim feudal lords desperately wanted to be a part of every conspiracy and movement to protect their interests.

Personal and economic interests have divided society in all corners. The tendency to change religion by force or fear has remained quite widespread.

In a 1987 book whose title in Urdu translates to “The Tragedy of the Muslims of the Subcontinent,” while discussing how Islam spread to India, renowned Pakistani historian Mubarak Ali explained that most Hindus who converted to Islam did so to protect their interests, land and businesses.

Some Hindus have converted to gain jobs and privileges under royal rule. Those who did so because they were impressed with the teachings of Islam were very few. Faced with atrocities and injustice, Hindus also took the opportunity to step onto the political scene with a new vision.

British colonialists occupied the subcontinent with skillful use of economic, political and colonial strategies. Political, religious, economic, social and cultural tensions between Hindus and Muslims have arisen. In this regard, Muslim and Hindu extremists, in their own ways, have stirred up hatred and differences towards each other.

Muslims and Hindus have started freedom movements. Subhash Chandra Bose, Kaka Sanober Momand and Faqir Epi led guerrilla movements against the British. These resistance movements seemed effective on the surface, but in reality they were insignificant against a powerful adversary like the British Empire.

Therefore, non-violent and peaceful resistance was the only option available to Indians (Muslims and Hindus) to fight for freedom against the British colonial power. Nonviolent strategy was the best choice for Mahatma Gandhi and Pashtun nationalist Khan Abdul Ghaffar Khan (known as Bacha Khan) to fight for the freedom of India.

In this way, non-violence was a strategy, not a philosophy.

In philosophy, the status of an issue or the nature of any problem is analyzed and observed on a logical basis. Some philosophers, like Plato, considered ideas to be the ultimate truth. Aristotle, on the other hand, maintained that ideas are nothing without matter; therefore, he postulated that the two ideas and their physical existence (matter) are mutually reinforcing.

Some philosophers seek the solution of problems on the basis of rationalism and empiricism. Philosophers like Jean-Jacques Rousseau say that only good and humane policies give birth to an ideal government, which plays a leading role in establishing a perfect state.

Philosophy can tell you the nature of the problem and give logical arguments for it. In order to solve the problem and achieve the desired goals, one must adopt a strategy: go to jail or not? To fight an imperialist power or not? How to prevent abuse of rights? What must we do to gain freedom? A national liberation movement does not need a philosophy but a strategy with different paradigms to intelligently play the political cards.

Practical work needs to be done to resolve political issues. Gandhi and Bacha Khan did the same; going to jail, not resorting to violence, persuading workers to protest as well as holding political talks with the British and urging them to leave the subcontinent was a strategy, not a philosophy. Encouraging Muslims to leave India for Afghanistan was a political strategy used by Gandhi to strengthen Hindu influence over the British Raj.

In modern times, the strategy adopted by the Pashtun Protection Movement (PTM) led by Manzoor Ahmed Pashteen against the Pakistani establishment is a fine example of non-violence. It should not be called a philosophy of non-violence. It is a wisely adopted political strategy to avoid confrontation.

Pashteen knows that direct confrontation with the establishment will prove disastrous. Its focus on protests, strikes, sit-ins, public rallies and seminars are key features of its strategy to address the case of war-affected Pashtuns in Pakistan.

The strategy of non-violence was the compulsion of Gandhi and Bacha Khan. If they had resorted to violence, they might have had great difficulty in liberating the subcontinent from the British Empire. The violent liberation movements led by Chandra Bose, Kaka Sanober and Faqir Epi were also part of a political strategy to keep the spirit of freedom alive and served as reinforcements that further strengthened the strategy of non-violence.

These strategies effectively strengthened the national movement and forced the British out of the subcontinent.

Thus, the independence of the Indian subcontinent and the establishment of modern Pakistan and India were the result of political strategy, not philosophy.

Legal warning: MENAFN provides the information “as is” without warranty of any kind. We do not accept any responsibility for the accuracy, content, images, videos, licenses, completeness, legality or reliability of the information contained in this article. If you have any complaints or copyright issues related to this item, please contact the supplier above.