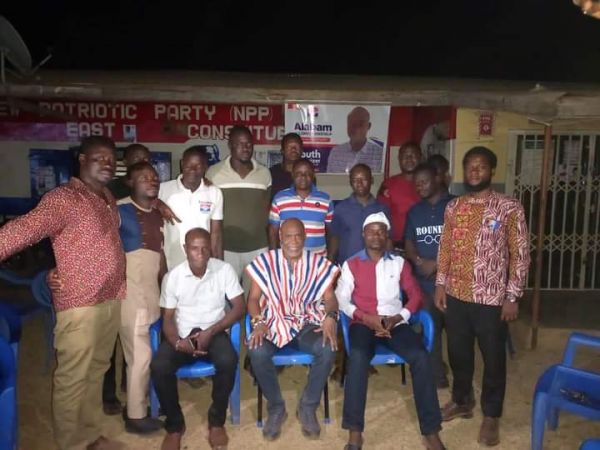 Over the weekend, the People’s Campaign continued its first phase of ongoing touring to key constituencies of the 16 regions of Ghana respectively in a skeletal tour to reach out to grassroots and have a constructive conversation, especially on the rescue mission of the outgoing New Patriotic Party. .

The People’s Campaign led by Musah Superior, the Party First mantra, continues to be a fiery and bold drive to rejuvenate the grassroots structure of the New Patriotic Party and inspire hope for change to improve the fate of hard-working party workers who sacrificed themselves for the party.

Musah Superior, a strong candidate in the race for the position of General Secretary of the New Patriotic Party and current Deputy Director General of the Forestry Commission, has made strong and critical assessments of the current national leadership of the New Patriotic Party and advocated for new people with new strategic ideas to re-recruit our party base to ensure victory in the 2024 elections.

Oti region hosted the grassroots campaign as the team visited a number of constituencies within the newly created region.

Significantly, as part of his presentation to the constituency leadership, Musah’s superior reiterated that “across the country, the spiritual philosophy of the party is dead and a good number of our party members are discontented and languishing in desperation to be neglected by the current National party leadership.

Since we came to power, the party had no plan to comprehensively take care of the welfare of the hard-working party officers, which consequently characterized our poor record of poor party performance in elections. 2020 presidential and parliamentary elections.” “There should be no excuse for our loss of 32 seats in parliament and our current national executives must be held accountable as they have overseen disqualifications, frame-ups, patronage and imposition of candidates in the ridings that caused our downfall,” added the maverick politician.

At each engagement of these constituencies, the complaints of great apathy and neglect on the part of the party were the same throughout the country, of which they were no exception.

The constituency leaders’ narrative of blatant suffering and disappointment was articulated aloud and took center stage in the discussions.

The former Mayor of Tamale has so far demonstrated his tenacious ability to be a frontrunner in the race for the post of NPP General Secretary as the many delegates continue to desire him as their ‘Messiah’ at a time when they have been left at their peril.