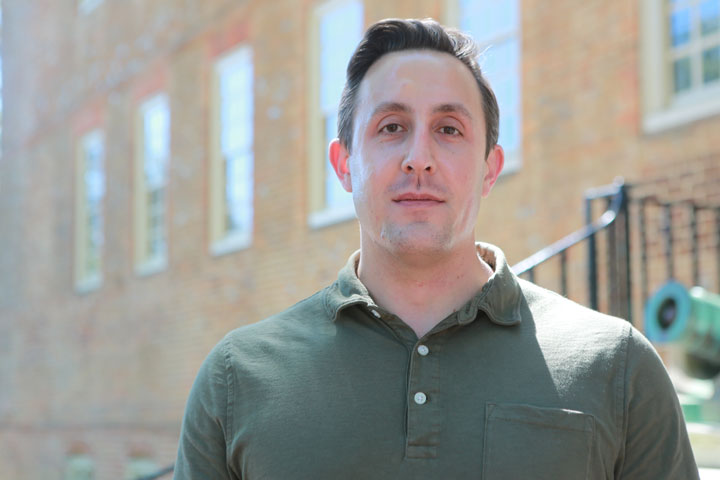 Voting is an important civic duty, and one is obligated to seek candidates and go to the polls, says conventional wisdom.

But not so fast, says Christopher Freiman. There is actually no need to do anything.

Freiman, associate professor of philosophy at William & Mary, describes his reasoning in his new book â€œWhy It’s OK to Ignore Politics. Just in time for the November 2 election, he presents an interesting but controversial case and has suffered a backlash because of it.

In short, Freiman argues that it is morally preferable to forgo political participation in favor of more effective forms of altruism.

His book is part of the series “Why it’s okay: The ethics and aesthetics of our way of life.

â€œSo in my case a lot of people don’t vote. And a lot of philosophers think they should vote. I therefore defended the actions of non-philosophers against the objections they receive from philosophers.

Freiman’s position is that political participation is generally not an effective way to help people. If a citizen is interested in doing so, they might instead be doing things like fundraising for key charities that help improve people’s lives.

â€œMy basic argument is that you should take the time you would spend on something like preparing and voting – so researching, debating then voting – and maybe working overtime and donating your extra income to charity. like the Against Malaria Foundation, which helps save lives, â€Freiman said. â€œIt’s a more efficient use of your time. “

In the context of the current polarized political climate in the United States, Freiman said, he believes it is okay to ignore all of this and not even talk about it, read about it, or pay attention.

“I think it’s morally permissible to do that, to ignore it, â€he said. “And part of the argument for that is just that it won’t make a difference.”

You can spend hours arguing on social media or with your family about politics, but when you vote it is unlikely to make a difference in the outcome of an election, Freiman said. .

â€œMy point is that you don’t have an obligation to do this because the chances of it actually helping people are very low,â€ he said. â€œAnd in terms of a polarized environment, another thing I talk about in the book is how politics seem to make us miserable. People literally lose sleep over politics. Their physical well-being suffers. They are anxious about politics.

â€œAnd my thought is that suffering for something that really helps people is often worth doing. So if you lose sleep because you are working on a cancer cure, you should lose sleep because you can help a lot of people if you’re successful. But in the case of something like political participation – I’m talking about voting as the primary case – you basically make yourself unhappy without a higher purpose. “

And yes, he tells people that they don’t need to vote. Since their vote alone won’t make a difference, according to Freiman, a person should ask if they, as an individual, have an obligation to vote – and their argument is no.

He’s heard quite a outcry against his point of view, and in fact, opposing it has been the standard reaction.

â€œBut there is a difference between saying that this thing has an impact and saying that, as an individual, I can have an impact on this thing that has an impact. And so everything I’m saying is perfectly consistent with the claim that politics is very morally significant. But that in itself does not imply that someone has to go and vote. “

2021-10-21
Previous Post: Bringing Science to Fiction: How UC Students Explore Media Through Campus Organization | New
Next Post: PM Modi acknowledges the support of the head of WHO; is inspired by Indian philosophy