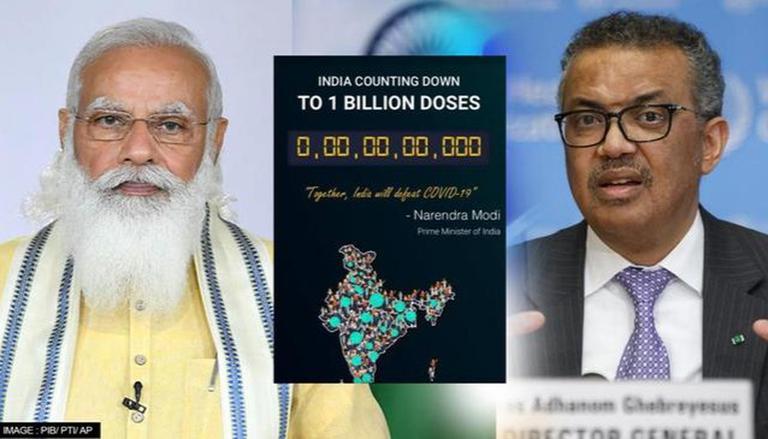 PM Modi acknowledges the support of the head of WHO; is inspired by Indian philosophy

The World Health Organization (WHO) on Thursday congratulated Prime Minister Narendra Modi as India made history and overtook the First World and other major nations by administering more than 100 crore doses of the COVID vaccine. 19 to its citizens. Prime Minister Modi took note of the praise from WHO Chief Tedros Adhanom Ghebreyesus and went on to cherish the friendship the two leaders share.

While referring to the Indian philosophy of ‘Vasudhaiva Kutumbakam’ which is a Sanskrit expression meaning ‘the world is one family’, PM Modi reiterated that the need of the hour revolves around ensuring vaccine equity. at the World level. Highlighting the same, Prime Minister Modi said via a tweet that the ‘century of the vaccine’ target India has reached today is a key step in that direction.

WHO chief Tedros Adhanom Ghebreyesus, while congratulating Prime Minister Modi on this historic achievement, also praised the efforts of scientists, health workers and citizens of the nation to make this process healthy. The WHO chief also stressed that the step taken by India was aimed at equity in vaccines on a global scale.

WHO Regional Director for South East Asia, Dr Poonam Khetrapal Singh, also praised India for creating “yet another milestone”. In a statement, Dr Singh praised the “extraordinary feat in a short period of time” which she said would have been impossible without “strong political leadership”, among other factors. The WHO official said India’s progress should be seen as the country’s â€œlaudable commitmentâ€ to ensuring jabs are available globally.

India is making history and ahead of superpowers in vaccination charts

India administered the largest number of COVID vaccine doses in the world on Thursday. The figures indicate that the total number of doses recorded Thursday was 1 00 06 44 700, of which 70 83 88 485 were inoculated with one dose and 29 18 32 226 received both doses. These numbers clearly proved India’s dominance in the global immunization charts as it overtook the major countries in the world.

We are witnessing the triumph of Indian science, business and the collective spirit of 130 million Indians.

Congratulations to India for crossing the 100 crore vaccination mark. Thanks to our doctors, nurses and everyone who worked to achieve this feat. #VaccineCentury