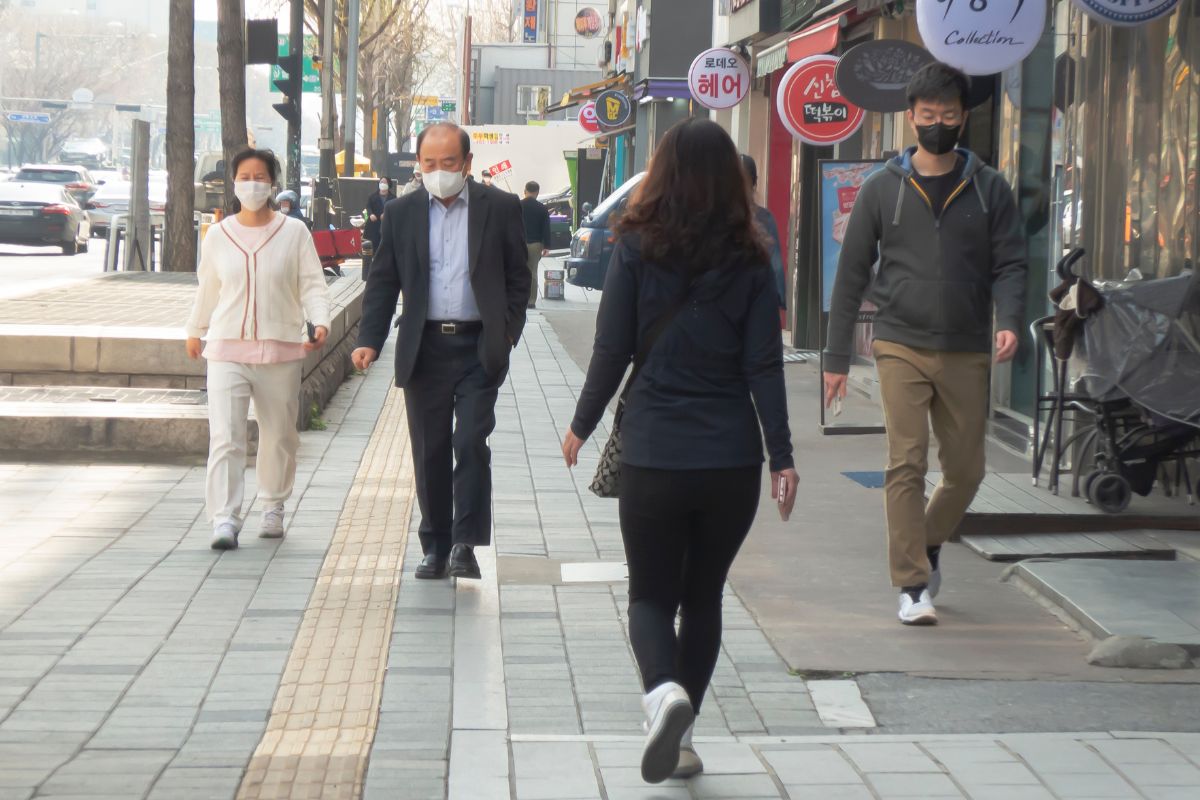 South Korea appears to be at the start of a sixth resurgence in coronavirus infections, with related data pointing to a bigger impact on the horizon. But the government has yet to come up with stronger measures to tackle the highly transmissible subvariants, casting a cloud over the already dim outlook. The country reported 71,170 new COVID-19 infections on Thursday, marking the third consecutive day of numbers above 70,000, according to the Korea Disease Control and Prevention Agency. The weekly average also hit 52,560, down from 18,388 on Monday. Since President Yoon Suk-yeol took office in May, the new administration has been passive in handling COVID-19 policies. The main reason was that the number of new cases had steadily declined even after most social restrictions were lifted. But things have started to change rapidly in recent weeks, with the number of daily infections continuing to nearly double from a week ago due to the spread of new omicron subvariants, such as BA.5, which are much more contagious strains than the previous ones.

In particular, the omicron BA.5 strain is spreading rapidly around the world and is said to bypass the immunity of existing vaccines. New BA.5 infections from overseas will continue to rise during the summer vacation season, the KDCA said. The health agency has forecast the number of daily infections to reach more than 280,000 in August, up from its previous estimate of 200,000. Experts have also warned that the government’s current policies are not strong enough to reverse the trend. On Tuesday, President Yoon told a Cabinet meeting that his administration’s core philosophy for preventing and treating COVID-19 cases includes “science-based measures” designed by experts. But the Yoon administration’s “science-based measures” have been largely disappointing. First, the government still fails to accurately forecast the daily count. Last week, it predicted the number of daily cases would peak at 185,000 by the end of September. Such a figure turned out to be too optimistic, given the doubling of daily counts. Secondly, the government presented a new vaccination program on Monday, the scientific preventive effect of which is questioned.

Under the scheme, the government now recommends a fourth vaccine for people aged 50 and over, as well as people aged 18 and over with underlying health conditions. Previously, a fourth shot was recommended for people aged 60 and over. But existing vaccines do not yet have specific components to prevent the latest subvariants, including BA.5. Health authorities also said that the overall preventive effect of a fourth vaccine averaged only 24.6% during the first month after vaccination and decreased to 8.9% from the second month. It’s no wonder, then, that people in their 50s are hesitant to opt for a fourth shot amid lingering concerns about side effects from the vaccine. In addition, vaccine fatigue is a delicate problem. Unlike other vaccines, coronavirus injections usually only last four to six months. Taking extra shots each time a resurgence of the virus occurs adds to vaccine fatigue.