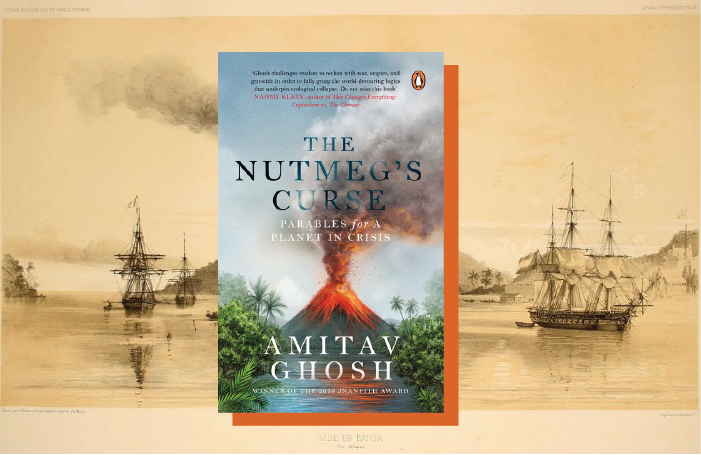 Science, faith, storytelling and the natural world in The Nutmeg’s Curse (2021)

The Curse of the Nutmeg: Parables for a Planet in Crisis (2021) by Calcutta-born Amitav Ghosh is a book that blends storytelling, historical analysis, anecdote and political commentary centered on the story of the book’s protagonist – the nutmeg spice. Ghosh argues that the modern climate crisis is largely facilitated by a Western mechanistic understanding of the earth that renders the natural world “inert”. Centering his argument around nutmeg, he attempts to turn such an understanding on its head and show that spices, tea, sugar cane, opium and fossil fuels can also be the “movers and shakers” of the world. ‘story.

While the whole book is stunning as a multi-faceted analysis of our world, Chapter 15, “Brutes”, is of particular importance. Beginning with the history of the term “thugs” used to justify oppression and genocide, the chapter continues with an exploration of non-human communication. Ghosh argues that the vast majority of the world at one time held a belief deemed unfalsifiable by reason and science. But are these beliefs inherently wrong? Ghosh writes, “It only takes a moment’s reflection to recognize that claims to communication with non-humans – animals, volcanoes, trees, gods, demons, angels, and even God – have been made by countless men and women… Some were among the most revered. figures of their time: human society and human history would be incomprehensible without these figures. Much of modern science and philosophy deals with the search for empirical truth, but is what is true limited to what can be proven?

Just as policy-making often lags behind cultural values, a scientific understanding of the world often simply reveals timeless truths and experiences. For example, “scientists now recognize that trees in a forest are able to communicate with each other under certain circumstances – they can send help, in the form of carbon, to sick members of their group; and they can warn each other of pestilence and disease,” writes Ghosh. Even though this is a recent discovery, it has of course been true since long before humans inhabited the planet. Even less since science could prove it.

Science now also accepts that animals communicate with each other, both within and between species. Animals have always been able to communicate with each other, but our ability to prove it scientifically has been limited: “Only in that they lack language – a human attribute – are they mute.” At the trees, Ghosh points out, wouldn’t it seem that we humans are also mute?

Our understanding of the world has not always been so reductive – in fact, in some respects it has regressed. Unsurprisingly, notes Ghosh, the erasure of culture and “the hand of power has often fallen hardest on Indigenous peoples…The hummah-hah stories of the Laguna Pueblo…concern the conversations that coyotes, thieves, and buzzards used to have with human beings. .’ Western rationalist perspectives have scoffed at these stories, but perhaps they are cynical, uncharitable, and mechanistic perspectives, demanding evidence of interspecies encounters that are often unique or unproven by nature.

Ghosh sums this up eloquently when he points out that “contemporary reason requires anyone claiming to communicate with nonhumans to provide evidence of such interactions. This condition necessarily excludes one who says: “A non-human spoke to me, and only to me, only once, while I was in an altered state of mind, and what was communicated by this non- human was not something useful, nor verifiable: it was instead only a story.

Ghosh never really claims, and neither do I, that we need to believe such stories or dismantle science as a cornerstone of our society. On the contrary, the fact is that perhaps we should be less quick to judge, to demand proof, to accuse someone of lying or to disbelieve the stories of communication or faith that have guided the history of so many of people around the world.

After all, if Hogwarts were real, would we Muggles know?