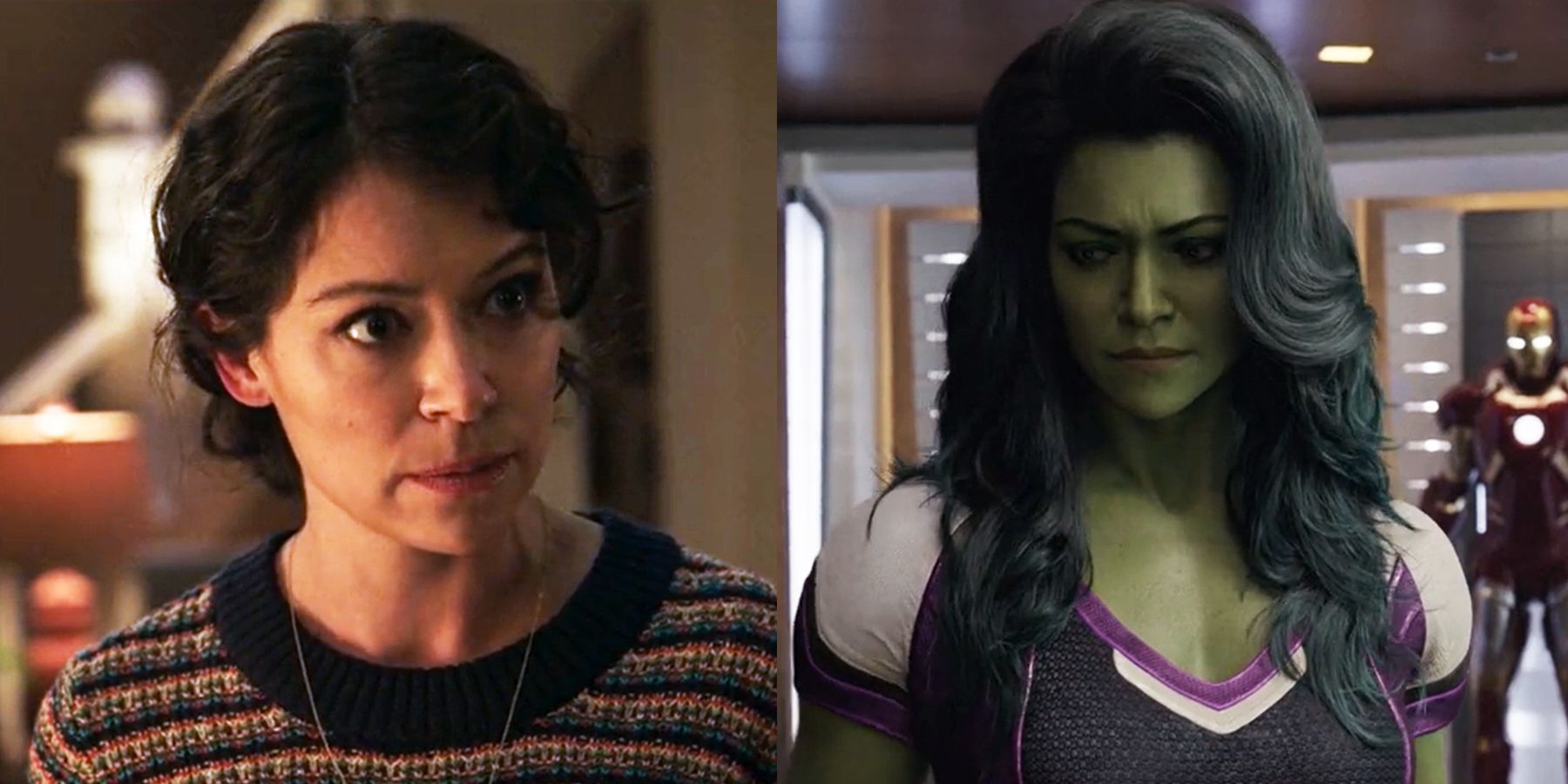 She-Hulk’s Ending Philosophy Should Be A Lesson For Marvel

The following article contains spoilers for the She-Hulk: Attorney at Law finale.

Marvel Studios’ She-Hulk: Lawyer came to an end, with an intriguing finale airing on Thursday. The show was filled with cameos, and Tatiana Maslany’s Jennifer Walters had to remind fans throughout that this was actually her show. The final worked hard to bring this point home. Not only does Jen break the fourth wall, but she also walks into the studio office and demands answers. It was Marvel’s comedic way of emphasizing that this was a show about She-Hulk, but perhaps that should serve as a lesson for future projects.

GAMER VIDEO OF THE DAY

The She-Hulk: Lawyer The finale was titled “Whose Show Is This?”, a question Jen posed to viewers right off the bat. The series included special appearances from Tim Roth’s Abomination, Benedict Wong’s Sorcerer Supreme, and Charlie Cox’s Daredevil, among others. But, while fans enjoyed watching these popular characters from the Marvel Cinematic Universe and beyond interact with She-Hulk, it was ultimately a comedy, lawyer series where Jen was the real protagonist. Perhaps Marvel Studios should learn from the philosophy of the finale and focus on the central characters moving forward.

RELATED: Is She-Hulk: Daredevil Role A Sign Of Things To Come Born Again?

Since the start of the MCU’s Phase 4, movies and series have featured several cameos and crossovers. It all started with Wanda Vision when Kat Dennings’ Darcy Lewis and Randall Park’s Jimmy Woo arrived at Westview. Lewis was part of the Thor franchise, where she worked as an assistant to Jane Foster. Meanwhile, Woo was the former SHIELD agent who featured in the The ant Man franchise. The series also brought in Evan Peters as Wanda’s supposed twin brother Pietro, teasing a possible crossover with the x-men universe. It became apparent from there that cameos and crossovers were going to be a regular theme in Phase 4 of the MCU.

Several other projects have featured popular cameos. Season 1 of Loki ended with the introduction of He Who Remains by Jonathan Majors, who fans know will become Kang the Conqueror in 2023 Ant-Man and the Wasp: Quantumania. What if…? was a treasure trove of crossover content, with several of the MCU heroes coming together for the various episodes. Whereas Black Widow featured Florence Pugh as Yelena Belova, her story moved forward and collided with Jeremy Renner’s Clint Barton in Hawk Eye. The Abomination and Wong made cameos in Shang-Chi and the Legend of the Ten Ringsand Elizabeth Olsen’s Wanda crossed paths with Benedict Cumberbatch’s Stephen Strange in Doctor Strange in the Multiverse of Madness.

The ultimate crossover happened in Spider-Man: No Coming Home, when the hit film brought together three generations of Spider-Men in the same setting. Tobey Maguire, Andrew Garfield and Tom Holland have all adapted for a common cause, saving the world from evil. While this may have been the MCU’s worst-kept secret, fans were thrilled to see the three heroes reunite. However, one key point was overlooked in the process: all of these projects are stalling. While a cameo is appreciated by some fans, standalone projects are meant to focus on a character and expand on their story.

Marvel Studios has taken marketing campaigns to a whole new level. Even before a project is released, the studio teases what’s to come in several posters and trailers. However, these promotional campaigns can potentially backfire, with audiences placing a premium on cameos over the actual plot. For example, with She-Hulk: Lawyer, the studio promoted Daredevil’s appearance even before the series premiered. This led to fans of the Netflix series tuning in week after week and complaining about how they had to wait two months before they finally got to see Matt Murdock in action.

To deal with such disappointment, the studio took the comedic route of having Jen repeatedly wonder who the show belonged to over the course of the season. She would break the fourth wall, reminding audiences that this is a series about a female lawyer who gained Hulk-like powers, and her struggles to find a balance between the two worlds. The finale underscores this with the most meta fourth-wall break that takes Jen to the Walt Disney Studios grounds, the writers’ room, and down a secret passageway to finally meet the supposed head of Marvel Studios, an artificial intelligence machine called KEVIN.

While the scene was a hilarious jab at studio boss Kevin Feige, the conversation between Jen and KEVIN should work as a reality check for the studio itself. Maslany’s titular character convinces the robot to rewrite the finale and rid the episode of all unnecessary elements that distract from her. Over the past few years, many fans and critics have complained about the MCU’s project change. Most movies and shows have a buildup, a climactic battle at the end, and a cliffhanger to end things. Add a few cameos and Phase 4 of the MCU is over. But maybe it’s time for the studio to change things up a bit. The She-Hulk: Lawyer finale confirms that the studio acknowledges the feedback it has received.

She-Hulk: Lawyer had its own problems. Many fans and critics complained about the lack of an intriguing plot or a cohesive storyline. However, the series finale manages to address a concern that may have been highlighted in the recent past. It’s commendable that the finale addresses an obvious issue with the MCU. With Phase 4, several new characters have already been introduced, and there are many more to come in the next phases. The studio doesn’t have to use each project as a tool to promote or tease what’s to come in the future. Perhaps he should follow his own philosophy in the future and allow standalone projects to focus on their central characters. The question the studio should ask itself whenever it intends to write a cameo in the plot is “Whose Show Is This?”

She-Hulk: Lawyer is streaming on Disney Plus.