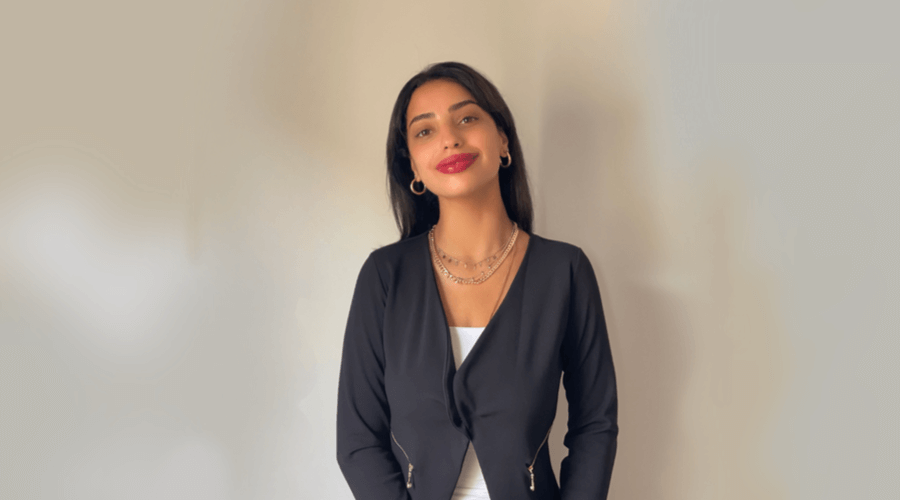 Should we care about the philosophy of AI in the MENA region?

Aliah Yacoub is an AI philosopher and head of techQualia at Synapse Analytics, a data science and AI company based in Egypt.

The race for artificial intelligence (AI) between world powers is leading countries everywhere to hastily dig into AI applications. A quick glance at magazine headlines, popular culture, and even peer-reviewed academic literature shows the many big predictions about AI and who will eventually win its race. But is this race something to celebrate or to fear? And where is the Middle East and North Africa (MENA) region?

Today, algorithms, deep learning, and AI have become unprecedented power forces and have made their way into the everyday world. Seemingly trivial things like setting your alarm for you and automating your workplace, to fighting the pandemic or future wars. Whether or not this should be celebrated has polarized the general public.

Some fear the uncontrolled global growth of machines in our societies and the multitude of edifying stories about the unconstrained use of algorithms. General examples include misjudging potential immigrants and predictions of “future crimes,” and specific applications include targeting and tracking Uyghurs using Chinese facial recognition technology. Others believe that algorithmic intelligence could offer us a brave new world of advancement and achievement. It could “free” us from exploitative wage labor, predict and mitigate natural disasters, discover curative treatments, and so on.

In this sense, it is clear that the answer lies in the way AI is deployed – whether in the service of humanity or a new tool of oppression and ultimate doom. Understanding the ethics, science, application and implementation of machine learning, artificial intelligence or algorithms in a larger societal framework becomes a must when we realize how much it dictates our means to daily subsistence. So what draws the line between AI-induced panic or peaceful panacea is interdisciplinary knowledge, and it appears that our comprehensive knowledge of AI is lagging behind in the region.

The Middle East will not be left out in the race for AI, that’s a guarantee. A PwC study showed that the Middle East is expected to accumulate 2% of total global AI profits by 2030, which equates to $ 320 billion, and that AI’s contribution is expected to be between 20 and 34% per year in the region. with the fastest growing in the United Arab Emirates, followed by Saudi Arabia and Egypt. That said, if we don’t start to plan and maintain a real physical space for interdisciplinary AI knowledge, we will remain in the trenches.

How can we try to take advantage of AI solutions to streamline operations in various industries and thus compete in the global AI race, when we don’t understand what AI really is – how it works and what it does? implications?

As an AI philosopher, the tech world fascinates me and the startup scene in Egypt seems to be home to countless others who share the same sentiments. Yet a quick glance at the general public shows that most people blatantly ignore what AI really is, despite constantly claiming that it is transforming the world around them. Business owners are no different either; They strive to automate their business processes, but their lack of knowledge makes deploying and adopting AI quite difficult.

This gap has far-reaching implications. In addition to causing us to fall behind in a strictly economic and political sense, it also causes the AI-induced panic discussed above, which further exacerbates reluctance or inadequacy to adopt and manage AI properly.

Thus, it becomes necessary to explain, inform, and critique the workings and implications of AI in the rigid and analytically analytical way it so desperately needs, so that people can get a handle on the grandiose, usually unrealistic, predictions. about how AI is “transforming the world” and replacing it with real-time knowledge about the real future possibilities of AI and how they can use them.

A great way to navigate the variety of issues surrounding AI would be to take a step back and theoretically explore AI.

In its strictest analytical form, AI is not only intimately linked to philosophy, AI is just philosophy. According to philosopher and cognitive scientist Daniel Dennett, AI should be seen as “a most abstract inquiry into the possibility of intelligence or knowledge.” From this perspective, researchers in AI and in philosophy (in particular “epistemology”, which is the study of the nature, origin and limits of human knowledge) ask the same question: how human knowledge is it possible? Is it possible to reproduce it and recreate it artificially in machines? Is the human brain essentially a computer or is there more at play? Can a machine have mental states and ‘qualia‘?

This type of research, called Philosophical Artificial Intelligence is primarily concerned with understanding what AI is trying to emulate: is it that mysterious term “consciousness,” total human cognition, or aspects of intelligence? This seemingly minor difference in terminology is significant because it plunges us into a semantic minefield: the human mind is still a massive conundrum to scientists, the term “consciousness” shrouded in layers of mystery; “Intelligence” is seen as embodied and socially integrated; and “cognition” is reductive for the most part.

More importantly, the terms refer to attempts by different types of “AI”. As AI is a constantly evolving field, what the term refers to is also gradually changing. Investopedia defines AI as “the simulation of human intelligence in machines programmed to think and act like humans”. Oxford, on the other hand, defines it as “the theory and development of computer systems capable of performing tasks normally requiring human intelligence, such as visual perception, speech recognition, decision making and translation between languages”. Why is this difference important?

If the goal of AI is the latter, i.e. to be able to perform particular tasks previously requiring human intelligence, then what needs to be investigated are the components or minimum requirements of human intelligence. But if the goal is to design machines that think and act like humans, then we’re talking about total human cognition or that other ambiguous term: consciousness. This usually refers to the attempt to produce an Artificial General Intelligence (AGI) – also known as strong or deep AI – in which machines are able to understand or learn. any intellectual task that a human being can. Without a doubt, AGI is clearly a more ambitious project than the development of AI.

This type of AGI, the one related to the creation of sensitive machines, is the subject of concerns for the most part: will the machines take over? Serious thinking about this is attributed to what is known as “The Singularity,” the point in the future where AI will not only overtake human intelligence, but also machines, immediately after, will surrender. rapidly smarter, reaching a superhuman level of intelligence which, according to Vernor Vinge, “stuck like we are in the mud of our limited mentality, we cannot comprehend.”

Are we ready for Superintelligent AI in the region? Does anybody? Are we going to be at the mercy of those who develop it – or are they just slaves to the machines they created? What happens to the labor-rich and resource-poor countries of the region in this future era of technological bondage? Data, legislative environment, infrastructure and human resource issues across the region should be analyzed.

If we adopt the school of thought which asserts that consciousness is immaterial (not produced by physical properties) then AGI is impossible. Likewise, if we are to view human cognition as embodied – that is, the body is the instrument of our perception – then disembodied networks will never be able to demonstrate the same type of human intelligence.

The theories are good and plentiful, and although the topic (presented so broadly) is primarily speculative, it prompts us to reconsider every instance of algorithmic intelligence – a task that is of compelling importance today.