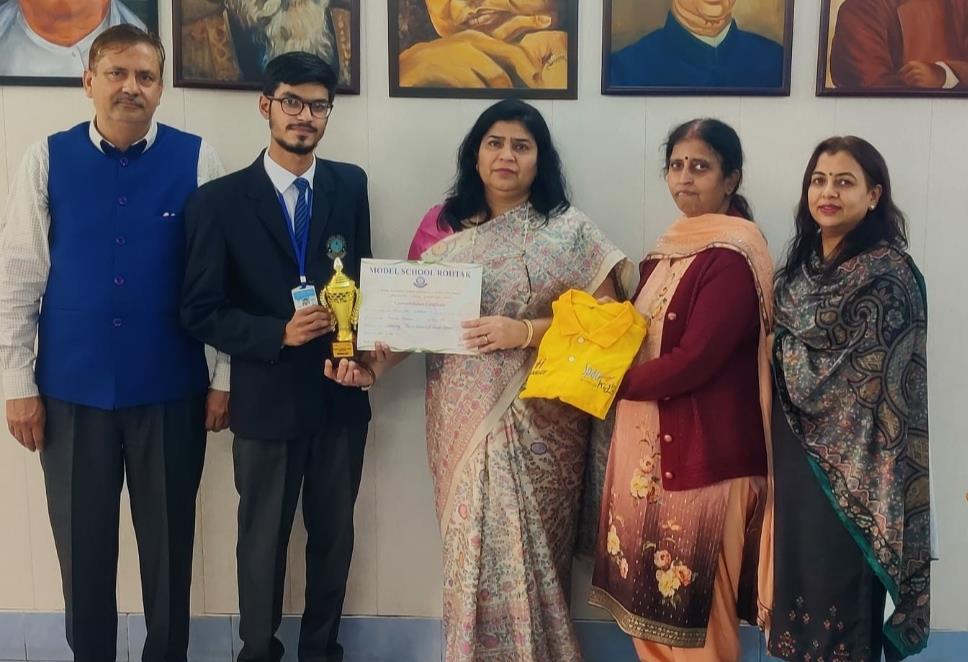 Rohtak: Lochan, a Model School Class XII student, brought laurels to the district by placing second in the nationwide “Science Festival 2022” hosted by the Council for Science and Industry. He also secured a place in the final round of the “Young scientists of India” event organized by Space Kidz India through its mobile app. Director Dr. Aruna Taneja said that a total of 2,500 students across the country participated in the competition and the top 75 students were congratulated. “Lochan received a cash reward of Rs 20,000 for achieving second place,” she added.

Hisar: A science outreach program was organized by the Department of Bio and Nanotechnology and Central Instrumentation Laboratory, Guru Jambheshwar University of Science & Technology, Hisar, in association with a facility of sophisticated analytical instruments, Panjab University, Chandigarh, under the Synergistic Training Program Using the Scientific and Technological Infrastructure (STUTI) supported by the Department of Science and Technology, Government of India. GJUST STUTI Coordinator Dr. Sandeep Kumar and Prof. Neeraj Dilbaghi ​​coordinated the program with several academics in the department. Dr. Sandeep Kumar said that 170 students from PGSD Higher Secondary School in the science stream have participated in the scheme. Quiz competitions, posters, speeches and slogans were organized during the science awareness program to celebrate Azadi Ka Amrit Mahotsav and science week.