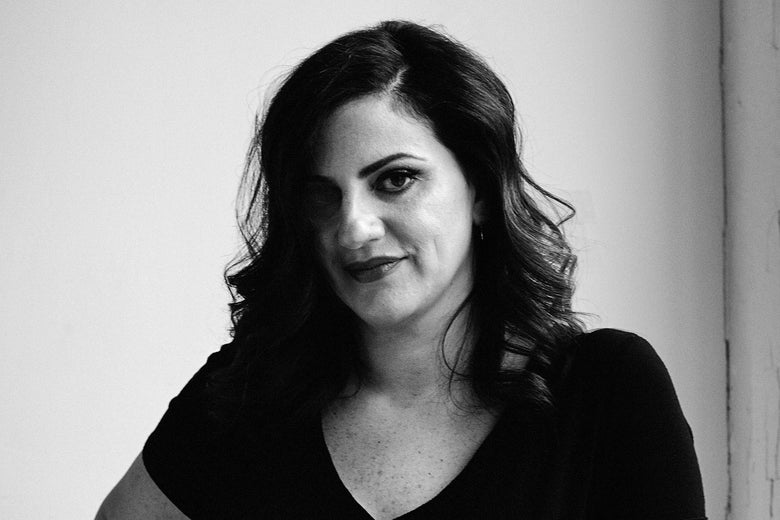 In this week’s episode of Working, Isaac Butler spoke with writer Taffy Brodesser-Akner about her philosophy of profile writing, why she thinks structure is the most important part of storytelling, how she came to write her novel Fleishman is in trouble, and what’s in store in his next book. This partial transcript of their conversation has been edited and condensed for clarity.

Isaac Butler: I imagine a lot of our listeners first encountered your writing in the form of your celebrity profiles. The process of your writing is highlighted in many of these profiles. How did you come to this meta-technique, and how have you refined it over the years?

Taffy Brodesser-Akner: It’s something I’m known for, and it’s mostly seen as a good thing, but I classify it as a bad thing. I categorize it as the thing where, when I haven’t been able to make a person as open as I need them, or when I don’t yet feel like what happened in the story is enough to explain to a reader what the story was like or what the challenges of the story were, or what that person is actually talking about, then my weakness is telling the story of the story. I think it was forged as a thing I do when I was sent in 2014 to Nicki Minaj profile, who fell asleep while we were talking. I knew GQ, a men’s magazine, had a very masculine ego, and if it didn’t give us anything, they were going to kill the story. And I thought, “Not under my watch!

When writing about a person, one of the issues you run into is that the reason the person deserves to be profiled isn’t necessarily because they’re good at talking about what they’re doing. This is where the writer comes in. I realized it’s not her work to make my story good is my work to make my story good. So I wrote a story about what I would have asked her if she had been awakened and what I think she would have said.

The other reason for this device is that I grew up reading celebrity profiles, and hated most of them. The ones I didn’t hate all have the same quality, which is that the writer wasn’t in bed with the subject. It’s very easy to be so in awe of a celebrity that as you write it it’s me and the subject doing something for your benefit, the reader. As that’s what it’s like to be friends with that person. But that’s not what a profile should be, because I’m not friends with that person. And we didn’t have something that mimicked friendship. We had a strange, short and intense relationship, the length, extent and stakes of which we both knew. I am the reader in these situations. I want the reader to know that I know what my job is. My job is to go out there and tell you what it would have been like if you were there. Anything beyond that is starfuckery, and starfuckery is the thing I’m afraid of in these stories.

I don’t remember a time when someone came to me and said to me, you should write about this person, simply because that doesn’t happen with very famous people. No publicist comes to you and is, like, Tom Hanks could really use a good story right now. Tom Hanks is going to have a good story, and there’s something going on where his people contact the people at The Times or GQ. Or the folks at GQ know it’s happening, so they fight the folks at Esquire. Everything happens without you. And then half the time, they bring it to you. When it’s obvious, they bring it to you. They bring you Tom Hanks, who’s releasing a great movie. They bring you Josh Brolin, who’s releasing a good big movie. They bring you Ethan Hawke. They don’t bring you Gwyneth Paltrow. In fact, you may, over the course of a series of years, have to stand up for Gwyneth Paltrow who continues to be treated like you’re playing a joke.

For more on how Taffy Brodesser-Akner marked her Gwyneth Paltrow profile mission, listen to the full episode of Working.