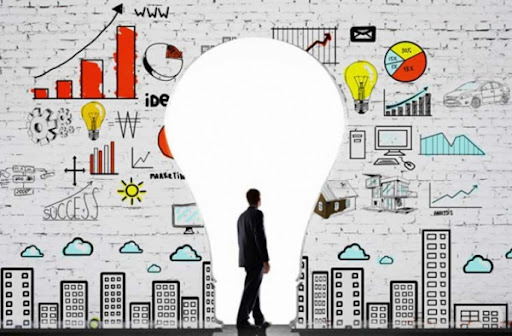 By: Sandra E. Bowman
In: Philosophy of region
Tagged: united states
With: 0 Comments

Our Arab world is in turmoil with many changes at all levels: political, economic and social. We are currently living in a period of changing trends, attempts and diligence, some of which are right and some are wrong.

We are living in the wake of a frightening pandemic that has depleted the economies of most powerful countries and the reality is a life of hardship. Wars, conflicts and societal and economic crises have led to a loss of opportunities and what we lack most is the initiative to invest and obtain the advancement and growth of creators and artists. innovators from around the world.

However, there is still timeâ€¦ the human mind is capable of thinking both critically and creatively. Time is an available asset as long as man lives on earth can manage both its benefits and face its dangers.

Take the opportunity now, not later.

I was and remain an advocate for the need to benefit from a creative economy in our region due to the provision of jobs and support for the philosophy of participation and social cohesion, as well as the preservation and the presentation of our cultures, our roots despite external influences.

Sustainable development then becomes essential to maintain a creative and dynamic economy.

What is the creative economy?

The creative economy is a dynamic field; and therefore, its definition is constantly evolving. It is an interaction between human creativity, intellectual property, technology and knowledge. In short, it is the generation and commercialization of creativity, ideas, knowledge and information. Despite the lack of a clear definition, this is a dynamic question that merges with changing circumstances, place and time.

As for the idea of â€‹â€‹taking advantage of this type of economy, since it is an informal style as opposed to the official economy of the countries: in in saying this, it is important to know the importance of this economy which has many fields including advertising, architecture, crafts, design and fashion, video, photography, music, the arts of stage and publishing, as well as research and development, software, computer games, electronic publishing, television and radio.

The creative economy also includes the areas of building cities and urban areas, creating an urban environment that enables and stimulates knowledge.

Innovation and creativity are very important and beneficial for continuous development.

This is why the creative economy values â€‹â€‹creativity and imagination, and tries to offer equal availability to all, to peoples and to nations.

In 2019 and at the 74th session of the United Nations General Assembly, 2021 was declared the year of the creative economy in order to achieve sustainable development for the world.

It is a statement and recognition that the creative economy is at the forefront of solutions for the world in the face of challenges and difficulties.

The term ‘orange economy’ was coined to better understand how different sectors overlap and benefit in an ever-changing digital world.

The use of the creative economy in our Arab region has now become a necessity to accelerate growth and achieve a better future in general. Being one of the fastest growing sectors of the global economy, according to a report released by the United Nations Conference on Trade and Development (UNCTAD) in 2018, where the average growth rate of creative goods between 2013 and 2015 increased by approximately 7.34%.

We are on solid ground

Our Arab region has a formidable heritage of history and culture, creativity and art, especially in literature, cinema and architecture. The region is also largely fertile and this is a fantastic asset through which we can easily build a â€œcreative economyâ€ system.

Digitally, the Middle East and Africa are emerging markets for the cultural and creative sectors, according to the International Confederation of Societies of Authors and Composers (CISAC). These industries’ revenues in 2018 were around $ 58 million, and they employ 2.4 million people – which is a substantial number.

The World Bank has also indicated that the creative industries in the Middle East are growing by more than 10% per year and that some Arab countries are investing in large cultural projects, with the aim of diversifying their future sources of income and benefiting from their other positive results. .

The fashion industry in the Middle East and North Africa has also experienced strong growth, at an annual rate of 6%, and the total size of the industry reached $ 55 billion in 2019. These positive impacts and significant on the growth of the fashion industry are mainly due to the measures taken by some Arab countries to increase their tourism growth rates, as well as the increase in the purchasing power of women in many countries of the Middle East, especially the Arab Gulf States.

I claim that we are building on a solid foundation to launch the creative economy towards a better future.

The reasons for these increases are the resources at our disposal: components needed to use the creative economy in adapting technology among others.

Take the number of college graduates in our region for example, there are over 30 million at present and their ability to cope with technology adequately means the desire to receive digital entertainment content through different high-quality viewing platforms, is on the rise, this also includes online shopping.

Artificial intelligence will also play a crucial role in shaping the creative economy, and the experience economy will flourish, benefiting the creative industries associated with it.

When the creative economy is combined with the digital economy, it will increase its contribution to gross domestic product, due to the nature of the digital age freeing up the relationship between producer and consumer.

Convergence between technology and creative content is driving an increase in markets.

Our young people have digital skills, are well educated and tech-savvy. Our culture inspires them by using many forms of creativity, not to mention our experience in producing creative goods, and this will make the process of developing the economy in this way much faster, provided that officials participate and support to show the full potential of our youth.

Support governments and their belief in creativity

I believe it is our duty to seize the opportunity and foster the growth of this type of economy, training talent at an early stage, stimulating innovation resulting from the convergence of ideas, digital literacy , building physical and virtual infrastructure, as well as disseminating information on best practices, business models and opportunities for innovators in and around the world. Promoting inclusion and integration to show our creativity to the world is a key factor.

I also believe that without real support from governments and their faith in the creative economy, nothing will be achieved. There are a large number of countries that actually believed in the idea and sought to implement it through different models and forms, and I can say that full support of the Creative Economy from governments will result in undoubtedly an era of prosperity and development.

The creative economy and Egypt

Cairo is a prime example.

It is a creative city, using a distinctive heritage, local uniqueness and an unprecedented culture to attract potential opportunities for creative growth. She has always been cited as a creative and cultural reference. The creative class in Egypt makes up 29.5% of the workforce, and according to the 2015 Global Innovation Index, Egypt ranks 41st out of 139 countries in this regard.

Egypt could easily catapult its position to the top.

With our educated and tech-savvy youth, our culture inspiring many forms of creativity, our long expertise in the production of specific creative goods. We can accelerate the process of growing the economy, enabling our young people to reach their full potential.

Rachid Mohamed Rachid is one of the most prominent entrepreneurs in the Middle East and the former Egyptian Minister of Trade, Industry and Investment.

Rachid is the founder of Alsara Investment Group, based in Switzerland, which invests in creative industries companies in the United States, Europe and the Middle East, with a focus on design, innovation and technology. . He is also CEO of Mayhoola for Investment, which invests in premium brands, and is chairman of Valentino and chairman of Balmain, two of the world’s leading luxury fashion companies.

He is also a member of the board of directors of the Katara Hospitality Group and co-chair of the Virginia Commonwealth Community Advisory Committee. Rachid received the Cavaliere di Gran Crose, Ordine al Mento Della Repubblica Italiana, the highest distinction in Italy.

Over the years, Rachid has been involved in several prominent organizations including the World Economic Forum and the Egyptian and American Presidential Council. He has also been a member of the board of directors of several academic institutions.