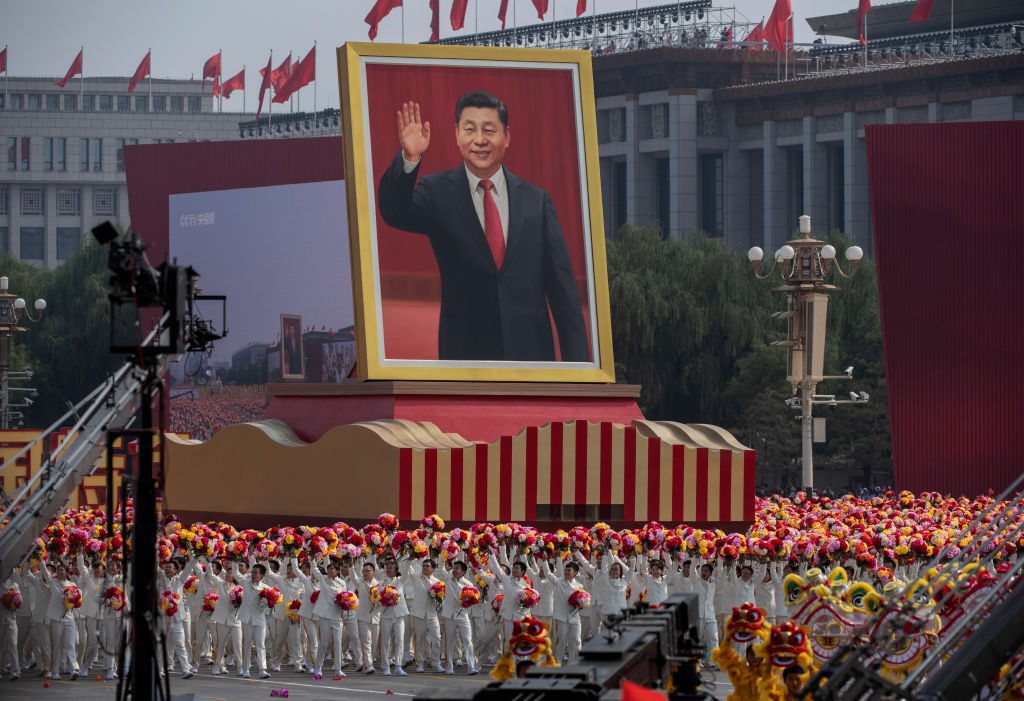 The National and International Consequences of Xi’s Political Philosophy

To understand the wave of “little pink” ultra-nationalism sweeping the People’s Republic of China, it is instructive to examine “Xi Jinping’s thinking on socialism with Chinese characteristics for a new era.”

Incorporated into the constitution of the Communist Party of China at its 19th Congress in October 2017 and commonly referred to as “Xi Jinping Thought,” Xi’s comprehensive report stated, “China must hold high the banner of socialism with Chinese characteristics for the new era … and work tirelessly to realize the Chinese dream of national rejuvenation. ‘

Xi Jinping’s â€œthoughtâ€ has important implications for China’s domestic politics, its growing and vehement nationalism, and for the world community. But why has Xi unleashed ultra-nationalist forces in China and what does that outbreak mean?

Xi’s goal of building a “moderately prosperous” society demands that China move more from a directed economy to a socialist market economy through “innovation-driven development, rural vitalization, a coordinated strategy of integration regional and military-civil “.

Its report highlighted challenges, including the creation of a modern public finance system, a fiscal relationship between central and local governments based on clearly defined powers and responsibilities, deepening reform of the tax system, institutional reform of the financial sector and â€œarmy buildingâ€. In fact, the Chinese military is already larger than that of Japan, South Korea, Taiwan, and Southeast Asian countries combined, and challenges US dominance in some areas. With its economic and military might, China seeks to forcefully influence international financial, legal and trade systems.

Under Xi’s leadership, the socialist rule of law with Chinese characteristics is the foundation of all legal reforms. At the 2014 CPC Plenum, five general principles guiding law reform processes were confirmed: party leadership, the dominant position of the people, equality before the law, the combination of the rule of law with primacy of virtue and the need for China to chart its own course.

The 19th Party Congress in 2017 then guaranteed the absolute leadership of the CPC through the official justification of the party constitution over the state constitution of the PRC. The socialist rule of law with Chinese characteristics can be interpreted as an instrument of the CCP leadership, the party being supposed to reflect the will of the people.

Concerned about the obvious gaps between theory and practice under Xi, Cai Xia, a former professor at the CPC Central Party School in Beijing, writes extensively about the unfolding of Xi’s tenure, saying:

The regime has further degenerated into a political oligarchy determined to cling to power through brutality and cruelty. It has become more and more repressive and dictatorial. A cult of personality now surrounds Xi, who has tightened the party’s grip on ideology and eliminated what little space there was for political discourse and civil society.

The â€œXi Jinping Thoughtâ€ attempts to unify economic and legal reforms, party discipline and the â€œChinese dreamâ€ of national rejuvenation. The dream extends to exercising global leadership and shaping international institutions to better reflect China’s status as a great power. Beijing is explicitly interested in propagating China’s conception of law and legal practice internationally, setting new legal standards and upholding its interests through its own version of the law.

‘Little rose’ (or ‘xiao fenhong‘) ultra-nationalists have had carte blanche to support this approach. Such examples illustrate why some European nations, Indonesia, India and others are turning away from China’s sphere of influence. That said, the economic reach and attractiveness of the PRC’s huge consumer market will persuade many countries to accept China’s advances.

Despite close monitoring and built-in disincentives to protest any perceived injustice, such as the social credit system, Chinese civil society continues to rally where possible. As the French philosopher Michel Foucault said, as soon as there is a balance of power, there is always a possibility of resistance.

The CPC pursues its national and international goals with increasing vigor. After Xi’s speech in July marking the CCP’s centenary, it is clear that the party will not swallow anything that undermines its interests as it “marches towards the second centenary goal of making China a great modern socialist country in all respects”.

With this march there are worrying signs. There is a growing wave of ultra-nationalism aimed at unmistakably supporting Xi’s power as the party’s supreme leader. China’s rise to power is having a profound impact on global financial, trade and legal regimes. He’s befriended illiberal governments like North Korea, Iran and Belarus, and he’s openly courting the Taliban.

Any consensus on what constitutes â€œthe rule of lawâ€ is crumbling. China allows the emergence of more illiberal political, security and economic alternatives to these traditional global organizations. And where its influence at the international level has not yet changed things in its favor, China’s influence is evident at the regional and sub-regional levels where politicians can be more easily swayed and there is even less influence. transparency.

The unfortunate potential exists in these tensions, at least in the short to medium term, for the United States and its allies and China to engage in a zero-sum game. This dark “gray area” is unfolding rapidly.