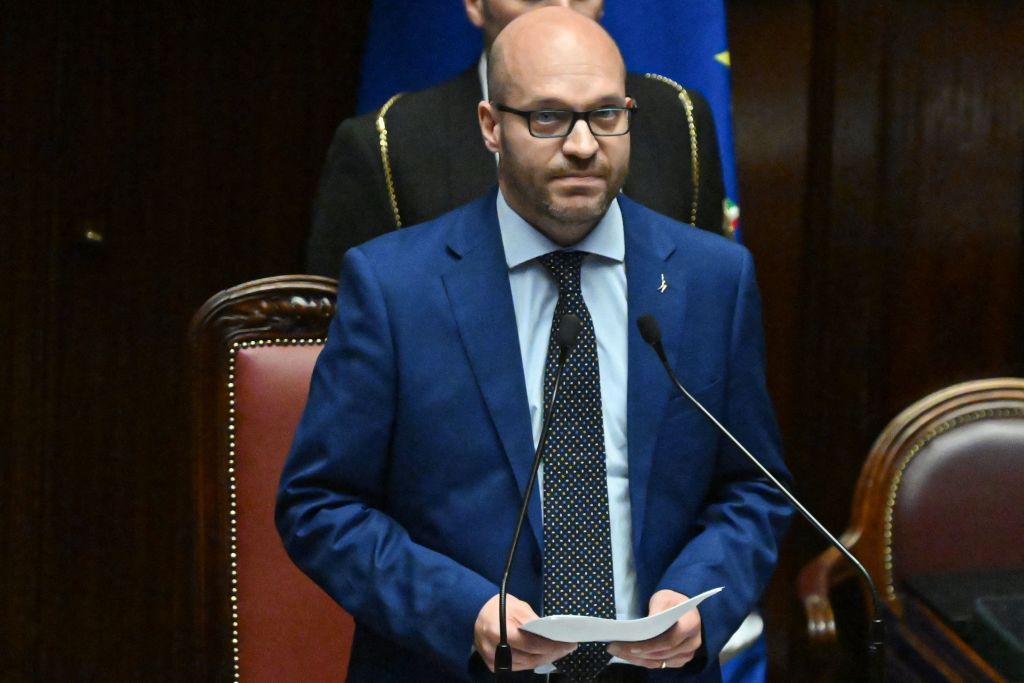 Near the end of his 16-minute speech, he quoted St. Thomas Aquinas, a 13th-century Dominican priest influential in the fields of theology, philosophy and law.

“We must remember what Saint Thomas Aquinas indicated,” Fontana said: “Evil is not the opposite of good, it is the deprivation of good.” The task for us parliamentarians will not be to deprive Italy of the good. You have to strive for it with humility, seriousness and sobriety. We are the most beautiful and creative people in the world.

The Catholic MP has been involved in politics since a young age. He graduated in political science and history. In his twenties, he held positions in local government in his hometown of Verona.

He was a Member of the European Parliament from 2009 to 2018, Italian Minister for Family and Disability from 2018 to 2019 and Minister for European Affairs for part of 2019.

In recent years, Fontana has participated in protests promoting traditional and pro-life family values, and he was one of the organizers of the 2019 World Congress of Families in Verona.

He is also a member of Committee No. 194, which is working to overturn Italian Law 194, which legalized abortion in 1978.

He is co-author of the book “La Culla Vuota della Civiltà” (“The Empty Cradle of Civilization”) on Italy’s demographic decline.

Fontana has come under fire from his political opposition for his pro-life and anti-LGBTQ stance, his past pro-Russian comments, as well as some of his statements against mass immigration, including a 2016 quote reported by Il Corriere della Sera who “with the gay unions and immigration they want to dominate us and nullify our people.

Hannah Brockhaus is the Catholic News Agency’s senior correspondent in Rome. She grew up in Omaha, Nebraska, and graduated in English from Truman State University in Missouri.