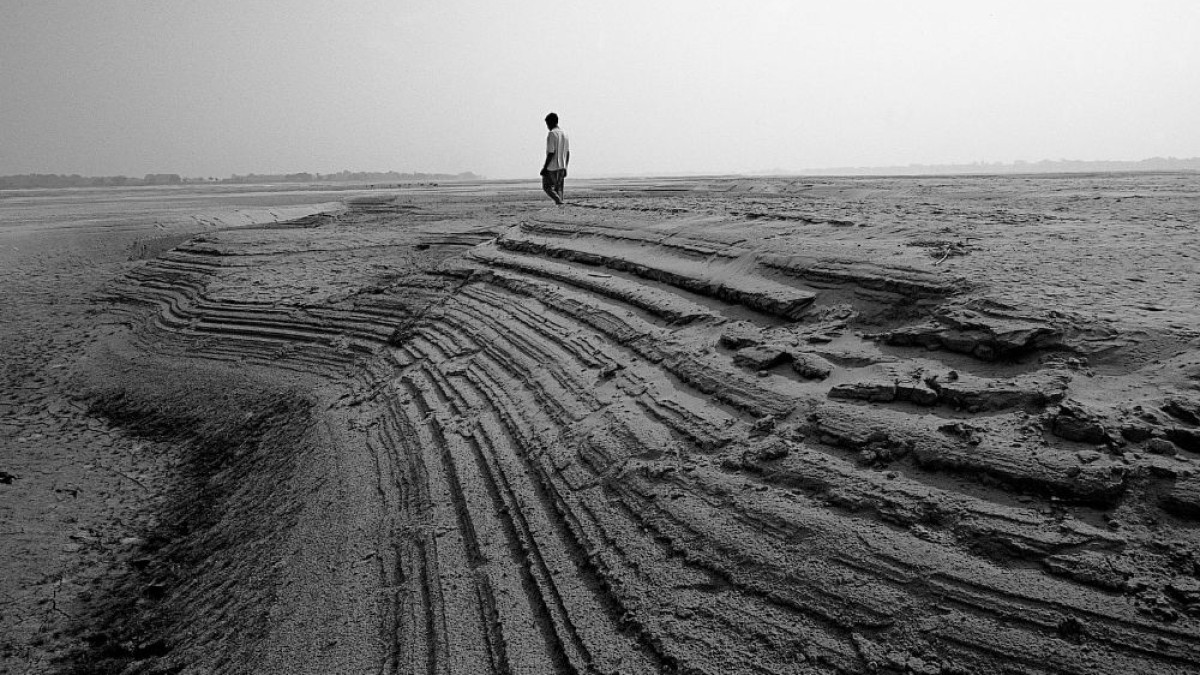 The philosophy of life in the corridor of memories

Such a world of experiences and memories, where sometimes the author explored himself under the pretext of others, sometimes he made himself a medium to reach the layers of the sensitivity of others.


Aks Where The reflection is a book by Akhilesh in which he thought fondly of some of the characters who surrounded him in memory, oblivion, and sometimes in the space between these two states. There are memories not only of human beings but also of places, who probably spent themselves in making the author in such a way that their stature is no less than that of any human.

It is such a world of experiences and memories, where sometimes the author explored himself under the pretext of others, sometimes he made himself a medium to reach the layers of the sensitivity of others. But what is amazing is that even if the memory of the past creates the illusion of collage, the feeling of the hard ground of reality does not disappear for a moment from the eyes of the writer. In the book, reality is present in its dark and dense form, which obscures every moment. In fact, the author also used memories and experiences as tools to capture this complex reality in snapshots.

The book contains interesting tales of the madness and naivete of Kadipur and Sultanpur childhoods, images of admission into Allahabad’s critical literary milieu, the sons of unemployment and then sporadic jobs running out of steam. There are vivid statements of the struggle of life, there is a light of association of the best writers, and there is also the prediction of Saturn’s intrusion into the sixth house! In this way, the book is intertwined with the threads of life, which also rises step by step on the threshold of philosophy, and all this has

said in this language that is both artistic and playful. If this language is interesting, there is also a certain form of innocence.

One chapter of the book is based on the father and the mother. Reading this, it seems that the author’s relationship with the mother is fluid and transparent. At the same time, there is a lack of chemistry and equation in the relationship with the father. The relationship of the author to the father is like a grammar whose craft is complex. All this is very similar to the ordinary houses of the Purvanchal bourgeoisie, which were made over the pages with great sensitivity and neutrality. This episode distinguishes the fibers of the colors of the writing of the author Akhilesh, who has the compassion inherited from the stories told by the mother, and the attitude derived from the stories told by the father, who has the ability to see the sides opposites by going beyond the situation.

An entire chapter of the book is dedicated to author Ravindra Kalia, but the sound of her presence can be felt almost throughout the book. Akhilesh vividly portrayed the times when he first went to meet Ravindra Kalia. The street where his house was located was a cylinder-shaped street, which looked like a bright world with diversity in itself. And the world of his house tucked away in the street was also full of wonders. A large latch hanging outside the door, the charming Kalia ji sitting on the revolving chair inside the house constantly keeping her cigarettes lit, and the generous Mamta Kaliya sitting on the stairs of the house there. The innocence with which Akhilesh, a student from a small town, was etched upon seeing two stars of the Hindi literary world in front of him, makes this whole scene come alive. The author has made this fundamental experience of keeping the plot and the language in such vibrancy not only in this part, but it is the flavor of the literary skills spread throughout the plot.

Reminiscent of the association of Man Bahadur Singh, a great Hindi poet, the author has closely carved out the simplicity and openness of his personality and also touching the point of his brutal murder. At this point, the reader stops and joins the author’s reflection on why power is always threatened by memories, why the whole system is engaged in the destruction of beautiful and effective memories!

In the book, the author Mudrarakshas is present in various postures. From his beautiful handwriting to his desire to physically attack him so that he would become the fulcrum of the opposition… his love for animals, the fleetingness of his resentment, the escape of patient Mudra ji from the hospital, all these incidents were recorded with conviction and humour.

There is also a chapter in the book in remembrance of politician Devi Prasad Tripathi. Crossing it, DPT appears as a storage of event raw materials. All of Akhilesh’s other works show a deep ideology and understanding of politics and with this nuanced view of his time, he not only subtly captured the DPT politician’s extraordinary personality, but also his distracted and complicated political views.

When Akhilesh recalled the memories of writer Shrilal Shukla, his character seems to be the language of his famous novel Raag Darbari, which continues to surprise us step by step. His character suddenly turns into a common man by touching the mouth of extremism.

Needless to say, this is a book whose layers open in many directions. It is so dense in its experiences that on the one hand, where it can be read as a memoir, on the other hand, it also gives the reader a taste for the novel.

Although there is no disclaimer in this book named Aks, but all characters in this book are pure human beings. None of these are great. All of them are in fact a different world full of possibilities in themselves, which were sometimes filmed with a long shot and sometimes put on the pages keeping it close to the eyelids. I hope this will be a treasured book for literature readers.

(Neelakshi Singh is a contemporary Hindi author and winner of the Sahitya Akademi Swarna Jayanti Yuva award. He is credited with writing three collections of stories and two novels.)

2022-09-10
Previous Post: Canadian Government Consultation on Criminal Interest Rate Cut
Next Post: Will time travel ever be possible? The science behind the possibility.