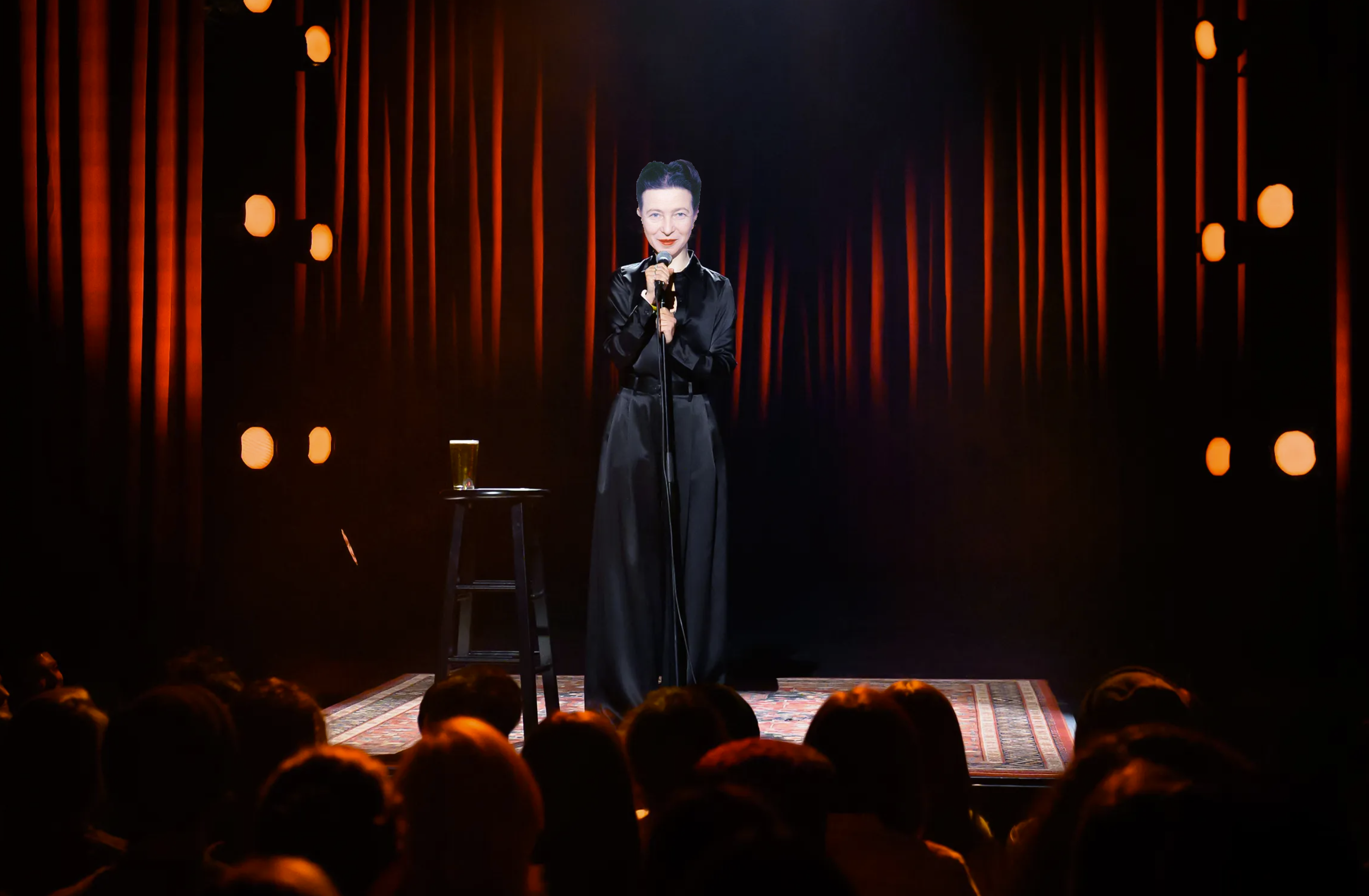 “I suspect that I am not alone among philosophers in finding colloquia almost universally frustrating: the speakers are more interesting than conventional discourse allows…”

The following is a guest post from Kieran Setiya, professor of philosophy at the Massachusetts Institute of Technology (MIT). It is part of the series of weekly guest posts by various authors on Daily Us this summer.

My colleague Steve Yablo once described teaching as “standing with low expectations”. He had in mind, I think, the undergraduate lecture. It’s in the form of a comedy special or Edinburgh show: to hold an audience’s attention for 50 minutes with nothing but words. Anticipating boredom, students can be grateful for the weakest of dad’s jokes. Steve is much funnier than that, as if a stand-up comedian has the philosophical firepower of Bertrand Russell.

It’s not just philosophers who see a connection here; it goes the other way. In a 2015 interview, the fabulous Moshe Kosher We asked him what he would have been if he hadn’t been an actor. “I wanted to be, at some point, an academic,” he replied. “But I started to realize…what I wanted was the part where you teach, and that’s just acting.”

Now, it’s not exactly comedy, but they have things in common: not just the battle for attention, but the balance of ideas and entertainment, the power of crowdwork or interaction with the public, moments of improvisation. Of course, there are also differences: there’s a schedule to cover when you teach, with new material every class, and standups rarely use handouts, although they do sometimes use slides.

In some ways, the colloquium talk is closer to a stand-up special: the same material, practiced in advance and delivered to different audiences, lasting about an hour. But as a rule, few colloquia are very fun.

There are exceptions. In his presidential address to the APA in 1985, Rogers Albritton packed an awful lot of zingers:

No doubt we are free as birds. … But how free are birds?

Let no bird boast of its freedom. There are cages. There are bird tamers.

There are many others like that: Albritton is a Borscht Belt Wittgenstein. Some of his best arguments are jokes:

I don’t see (you see?) that my freedom of will would be reduced at all if you chained me up. You would of course deprive me of considerable freedom of movement if you did this; you would diminish my already unimpressive ability to do what I want. But I don’t see that my will would be any less free. … Suppose I am chained so that I cannot walk. … Do I have reason to think not only: “They chained me! but, “God damn it, they tampered with my will!”?

Albritton is therefore an exception to the rule; Yablo is too. (Feel free to cite others in the comments.)

It’s perhaps fitting that the colloquium talk isn’t stand-up and isn’t primarily fun. After all, the common form does not imply a common goal. One is intended to inform or convince, the other to entertain.

Yet there is no inherent conflict between informing or persuading and entertaining. Some stand-ups give what are, in effect, comedic lectures – I’m thinking of Mark Watson and Josie Long, or more recently, Hasan Minhaj and Hannah Gadsby.

Now this show is called “Carpet Remnant World”. … It was supposed to be about idealized notions of society and how we behave as collective groups… But I got a little busy with one thing or another. It’s not really worked. So, but what I’ll do is about five minutes from the end… around 10:00… I’ll repeat the phrase “Carpet Remnant World” over some music and it will give the illusion of structure.

And great laughs here, for that, people here. The people who bought the tickets first, they already saw me. They say, “Of course there will be content and structure. We have already seen it. It’s a comic double bluff. Ha-ha”, right? But up there, there’s a lot of people that they don’t really know where they came from…and they’ve been whispering all the way up there, up there. Like, “Is that him you wanted to see? Sounds like an aggressive lecture.

When philosophers talk about the form of the colloquium, we often conclude, quite plausibly, that it contradicts its purpose: an hour-long monologue is not the best way to communicate a complex line of thought. There are strong arguments for a read-ahead format in which the reasoning is written down.

I suspect I’m not alone among philosophers in finding colloquia almost universally frustrating: the speakers are more interesting than conventional discourse allows. I tend to be impatient for Q&A, a form much better suited to its purpose – like a room full of hecklers, but they have to raise their hands and the speaker has to invite the heckling. Even better, I think, is the conversation over dinner after the symposium, when more informal questions can be asked. (Part of that lockdown that inspired me to start a podcast was missing.)

So the situation is not good. What can we do to improve it? There are two questions here. First, what other formats should we try? We rarely have philosophy roundtables, but they can be free and fun. Rarely do we have one-on-one debates or structured Q&As, like a talk show, in which one philosopher interviews another before opening things up to the public. Why not experiment with these formats, among others?

The other question is what to do with the colloquium speech if we maintain its fixed format. Which philosophical projects are best suited for the one-hour special? Should speakers tell more jokes? Should they do more crowdwork? Should they err in favor of the kind of claims and arguments they wouldn’t make in the print media – enjoying the intimacy of the location, like a comedian might try out new tunes in a club?

What would it be for philosophers to think of the colloquium as an art of intellectual performance?