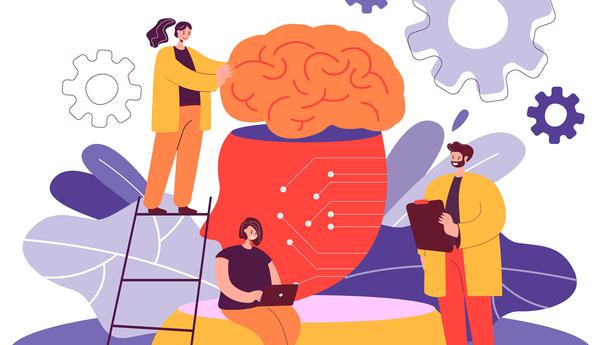 What are the options for cognitive science students?

Each of us carries in his head the most powerful machine in the world. Our brain is able to build monuments that last longer than generations, to explore habitable space at great distances from our planet, to eradicate diseases, to destroy thousands of species and to make films about saving the world. The human brain is a fascinating subject of study, and neuroscience and cognitive science focus on unlocking its mysteries.

Cognitive science is the scientific study of the human mind and brain. A highly interdisciplinary field, Cog Sci combines ideas and tools from psychology, computer science, linguistics and even philosophy. It focuses on how the mind represents and manipulates knowledge, how the brain learns, how it makes a decision, and how it performs any task. There are three main avenues in which cognitive scientists can specialize:

Calculation and Cognition: It involves understanding human cognition through the prism of computers and vice versa. He works on the idea that our mental processes are computational and tries to understand them through computer simulations. This is also replicated in intelligent machines. Computational cognitive science finds applications in medicine through brain imaging and related treatments for neural disorders like epilepsy or seizures and psychological disorders like post-traumatic stress disorder or dementia.

Language and Cognition: It is the scientific study of written and spoken language to create information that can be used in intelligent machines such as computers and linguistically competent chatbots. This is also useful in natural language interfaces such as voice services. Cognitive Linguistic Sciences can also be used in the treatment of language-related disorders such as dyslexia or in speech therapy.

Philosophy and cognitive science: This is a more academic field that examines theories of mind and answers questions such as: Is human thought primarily computational? How do the various fields of cognitive science such as psychology, linguistics and neuroscience connect? Is it possible to reduce human mental and psychological experiences to computer models?

So what can you do with a degree in cognitive science? There are three main areas of work:

Medicine, therapy, biotechnology: Cognitive scientists pursue studies in medicine or therapy, or work with doctors in rehabilitating the mental processes of people with disabilities or injuries to parts of the brain, occupational therapy, or speech therapy. They work in research and occasionally in clinical practice to maintain all aspects of cognitive health, such as speed/attention, memory/learning, visuospatial ability, language, executive ability, and social cognition. Biomedical modeling that observes and measures the impact of drugs on brain function is an emerging area in which cognitive scientists can work.

Calculation and Artificial Intelligence: Computational cognitive science prepares you for some of the most dynamic areas of computing today, such as cognitive engineering (adding human factors to robots), designing and improving computer applications and robots, the design of human-computer interfaces, the deepening of artificial intelligence and the creation of applications that use neural networks.

Special needs and language education: Cognitive scientists with education degrees may work with special needs students who struggle with issues such as attention deficit, dysgraphia, or developmental disabilities. They can also work to improve teaching methods in all areas but especially in learning language and motor skills.

So, if you’re someone who loves science, psychology, and math, dive into it. The field is still emerging and new ideas and applications are being developed every day.

With contributions from Ankit Goyal

The author is the founder and CEO of Inomi Learning, a Gurugram-based career and academic counseling company. [email protected]

2022-05-14
Previous Post: ‘I lied to everyone I met’: How gambling has gripped women in the UK
Next Post: Xiconomics: how Xi’s economic philosophy promotes global governance