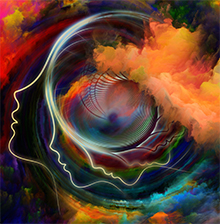 Why are philosophy and empiricism falsely joined at the hip? No good reason.

I think the definitions of “philosophy” and “empiricism” could usefully be changed.

Currently, the two encompass reality and unreality, which in my opinion is a bewildering conflict of interest. As if philosophy and empiricism (but especially philosophy) needed Following disconcerting bewilderment.

Philosophy, (from Greek, through Latin, philosophy, ‘love of wisdom’) the rational, abstract, and a methodical consideration of reality as a whole or of the fundamental dimensions of human existence and experience. Philosophical research is a central element of the intellectual history of several civilizations.

I in italic and in bold “Abstract” in the definition above because that’s where the catch lies. Abstract consideration of most things (except math, maybe), as far as I know, is absolutely anathema to rational consideration of materiality. Why are materialism and fantasy united in philosophy. Seems like a horribly mismatched pairing.

I guess the only reason religion is embodied in philosophy today is because the inventors of philosophy, the ancient Greek sages, began to doubt divinity, so-called “metaphysical” concepts are become cooked in the philosophical canon.

The question is how abstractly considering anything to be a valid method for understanding reality and acquiring wisdom? Without starting with material facts, all you have is aerial speculation.

Excuse my ignorance, but I have always viewed philosophy in general as inherently abstract, as opposed to, say, science, which is the world champion of rationalism. To be fair, however, science largely use abstractions (eg mathematics) but only to explain and demonstrate the validity of terrestrial and cosmic materialities, not immaterialities.

People can pronounce the expression “philosophy of science“, but it is really a casual and non-formal use. Science is absolutely about material or materially obvious facts (like gravity). Theology, on the other hand, boils down to imaginations presented as facts, but which are not in reality.

So the other day when I found out that empiricism was officially part of philosophy, I was taken aback. I used the term empirical for literally decades as a synonym for “evidence-based”. Philosophy, on the other hand, seems almost entirely based on ideas, with facts largely subservient to ideas and not the other way around as in science.

Going back to Britannica, here is his definition of “empiricism”:

Empiricism, in philosophy, the idea that all concepts come from experience, that all concepts relate to or apply to things that can be experienced, or that all rationally acceptable beliefs or propositions are justifiable or knowable only by experience. This broad definition is consistent with the derivation of the term empiricism from the ancient Greek word empeiria, “to live.”

Definitions of both philosophy and empiricism assume that the real world of blood and bones and the unreal world of gods and angels are somehow just as valid and worthy of seriousness philosophical “consideration.”

I remember, for example, one figurative schizophrenic in a psychiatric ward (or on an acid trip) claiming he’s Jesus Christ, and another claiming he’s a world-renowned neurosurgeon in his normal life. While all claims made by people with mental illness are reasonably suspect, only one claim here is verifiable. The other is an illusion at first glance, because Jesus Christ only exists in the minds and aspirations of people, and in rare references in books over 2,000 years old, which cannot be verified as being correct or authentic. But the self-proclaimed neurosurgeon might just be what he says, even if paranoid may indeed have real enemies to get them.

In this way, science and theology would never meet, ideally and appropriately, in the print media or in the minds of gullible people, especially children. I don’t think it’s a good thing that theologians can claim intellectual parity with scientists just because they are now both misguided formally grouped into “philosophy.”

And then I could happily return to using “empirical” in the separate way it should be.

This is not to say, however, that empiricism itself is not without its challenges. On the one hand it juggles two opposing ideas: this knowledge can be both knowable a posteriori (from experience) and a priori (regardless of experience).

I suggest that knowing anything “Independent of experience” is impossible in reality, because without at least some tangible and material justification, everything we think we can know can only be purely speculative, like supernatural religion. Faith is not Objective “knowledge” or wisdom but emotionally charged imagination.

Fortunately, most definitions of empiricism hold that “all concepts, or all rationally acceptable beliefs or propositions, are a posteriori rather than a priori», Waving the latter gently.

Alone experimented awareness is verifiable real. Everything else is just dreamlike conjecture.

This is why “metaphysical philosophy”, say, is a terribly misleading category.

Its inclusion with other popular human fantasies in a vaunted category of human thought falsely suggests that it is real when objectively it is not.

Let us not give the curious human affinity for invisible deities more credit than it deserves. Let’s call it what it is, not part of material philosophy, but fiction.

Buy either book on Amazon, here (pocket or ebook editions)