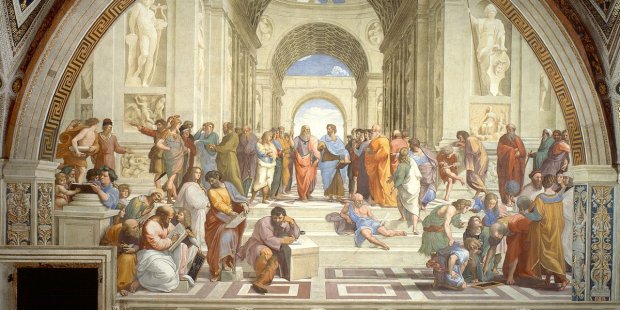 I used to say that in a certain sense, philosophy is useless. But, in another sense, it serves everything.

When I talk to people about my teaching, they sometimes ask me: “But what use can philosophy be? The interlocutor usually explains to me that at this stage, this way of thinking is no longer useful. In reality, scientific knowledge – which combines the experience of physical phenomena with the accuracy of mathematical calculation – is the real knowledge that is universally recognized as such after the many discoveries that have taken place from Galileo to the present day. To these are added, although with a certain margin of uncertainty, the achievements of the human sciences: psychology, sociology, linguistics, aesthetic or literary criticism, history, and many others. Thus, both the outside world and the human condition gradually reveal their secrets in a way that is much more precise and above all richer than the universal abstractions of philosophy.

To this objection, which is very common today, I usually reply that yes, in a certain sense, philosophy is useless. But, in another sense, it serves everything.

The knowledge and the useful

However, let’s step back and ask why knowledge should always “be of some use”? If this were the case, knowledge would only be a useful function for a certain purpose, and this purpose would not be knowledge itself. Useful for what then? To maintain our biological life? Or to give us pleasure? The survival of the body, then the satisfaction it can give us: this is, indeed, the answer that many superficial minds would give to this question.

But this conception is terribly reductionist because it lowers humanity to being only one animal species, perhaps superior to others in certain areas. In reality, the search for meaning transcends the boundaries of usefulness and pleasure, and is innate in the human soul. Witness the history of individual sciences, which never stop at practical results alone, but always tend to build broader theories, more capable of embracing the complexity of reality in order to know it better.

Now, this thrust finds in the exact sciences and in the human sciences a specific and increasingly limited object. At the same time, it aims to know everything that is knowable and therefore constitutes a certain totality. However, three great spheres in front of us and within us go beyond specialized knowledge precisely because they encompass everything: nature, the human person and, above all, being. Let’s explain.

Thus, it seems that the question of meaning generates six areas of research: philosophy of nature, anthropology, philosophy of knowledge, ethics, metaphysics and philosophical theology. They’re all in the realm of philosophy, and they’re all… useless, first because none of them will run a computer, and second because even ethics won’t ultimately tell me what to do hic et nunc to do it well. Thus, the greatness of philosophy consists precisely in its gratuitousness: it is a knowledge which, sought for itself, and for nothing else, is wisdom.

At the same time, however, the set of disciplines which have just been sketched out is, in another sense, useful for everything. Indeed, those who have acquired a certain mastery of it will be able to appreciate the merits and limits of the scientific knowledge that we encounter in professional or daily life. And deeper, the latter will be able to insert the fragments analyzed by such and such a science into the whole from which they receive all their meaning. The intellectual personality of this student will be enriched by the ability to organize everything he has learned since childhood into a cohesive organism, and can learn more later. This organicity is above all systematic, since it aims to know the things on which the different parts of philosophy are based, but it is also historical, since it studies its development from the Greeks to the present day.

Consult all the Courses of the Faculty of Philosophy of the Pontifical Athenaeum Regina Apostolorum.