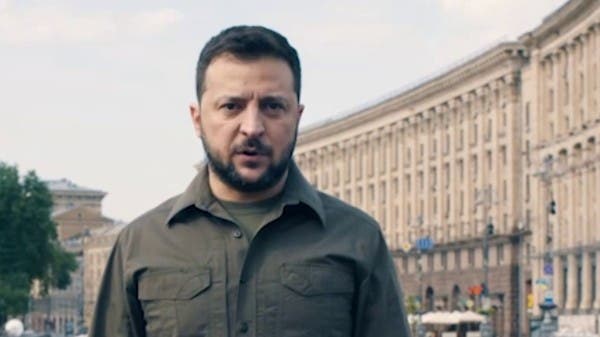 “We will never forget what our ancestors did in World War II…Only a madman can wish to repeat the 2194 days of war. One who repeats the horrific crimes of Hitler’s regime today, following the Nazi philosophy, copying everything they did,” Zelenskyy said.

He added: “He is doomed. Because he was cursed by millions of ancestors when he started imitating their killer. And therefore, he will lose everything.

May 9 is the anniversary of Victory Day when Nazi Germany was defeated at the end of World War II.

For the latest headlines, follow our Google News channel online or through the app.

Zelenskyy added that Ukraine will have two Victory Days once it wins the war Russia has waged on it.

Putin used the memory of the Soviet victory to encourage his army to win the war in Ukraine, condemning what he described as existential threats to Russia and claimed the West was planning to invade the country.

Moscow describes its invasion of Ukraine, launched on February 24, as a “special military operation” aimed at “denazifying” the country among its objectives.

‘The West was preparing to invade our land,’ Putin said at Victory Day parade

Macron: Putin’s “warlike” position, no peace through the “humiliation” of Russia or Ukraine